I have just returned from the 8th International Symposium on Virtual Reality, Archaeology and Cultural Heritage (VAST '07) which was held in Brighton, UK, between the 26th to the 30th November 2007. The title of the article is ‘Sense-Enabled Mixed Reality Museum Exhibitions’ and presented a novel pervasive mixed reality framework to a sensor network capturing ambient noise that can be used to create tangible cultural heritage exhibitions. Localisation of the visitors can be established in a hybrid manner based on machine vision and a wireless sensor network allowing visitors to interact naturally or with the help of sensors. 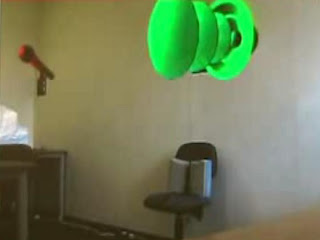 In terms of interface design, a multimodal mixed reality visualisation domain allows for an audio-visual presentation of cultural heritage artifacts. The proposed framework demonstrates the importance and usefulness of sensor-based MR technology to intuitive cultural heritage exhibitions. This enables non-specialist developers, who may be engineers, artists or other non-programmers, to rapidly develop and test pervasive heritage applications in a friendly environment, without having an in-depth knowledge of the hardware specifics of the implementation.

A draft version of the paper can be downloaded from here.
Posted by Fotis Liarokapis at 11:29 pm

BBC News has published an article under the technology sector dedicated to the success of videogames. It is not just that the interactive experiences are getting ever more immersive, or the industry is being taken ever more seriously, but hardware and software sales are up significantly on last year - buoyed by a new generation of consoles and the work of developers who are beginning to exploit the tools they have at their disposal. The industry also looks to have found a way to blend the loose attractions of casual and social gaming with the hardcore experiences beloved by the seasoned player. Long-standing gamers were spending more money on games and a whole new audience had been introduced to gaming for the first time. 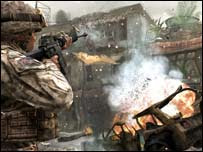 This year will be remembered as the year the Wii took centre stage as the console of choice for families, the year PlayStation 3 finally showed its promise in real terms and the Xbox 360 hit its stride with the 5th anniversary of online service Xbox Live. It is also the year of the handheld with Nintendo DS and PSP continuing to sell explosively, the year PC gaming began its renaissance and developers got to grips with tools that allowed them to tell stories in new, dynamic ways. The industry has started showing signs of maturity and who knows what will be the future of gaming.

During the 19th to 20th November, I have attended a two-day training workshop held in University of Warwick, Coventry. The workshop was organized by EPSRC and it was part of the ‘RCUK Business Plan Competition’. The competition tries to help researchers and academics to turn great research into great business. The aim of the workshop was to train participants in how to write an effective business proposal through the expertise of Qi3. Qi3 provided us with a series of presentations and exercises in order to promote commercial expertise on the basics of technology-based corporations, high-tech start-ups and SMEs.

The RCUK Business Plan Competition provides researchers who have ideas with commercial potential the skills, knowledge and support needed to develop a first-rate business plan. This is provided through expert trainers, coaches and mentors. It is worth-mentioning that the competition is open to researchers based in UK Higher Education Institutions (HEI's) or Public Sector Research Establishments (PSRE) that are eligible to hold Research Council grants from across the whole spectrum of academic research within the remit of the seven Research Councils – from the arts and biosciences, to environmental physical and social sciences to technology.

Last month, a paper I have co-written with a colleague, has been presented in the 25th ACM International Conference on Design of Communication (SIGDOC '07), in El Paso, USA. The title of the paper is ‘Design Experiences of Multimodal Mixed Reality Interfaces’ and presented an overview of the most significant issues when designing mixed reality interfaces including displays, tracking, interface design, interactivity and realism. Multimodal issues regarding visualization and interaction are integrated into a single interface. Three case studies in diverse areas including automotive (see figure below), archaeology and navigation were presented, as well as the experiences gained and lessons learned. 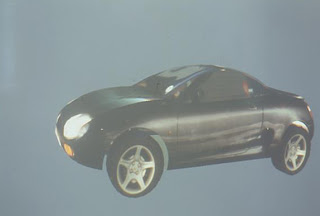 The paper anticipates that the multimodal features allow participants to select the most appropriate medium for visualizing and interacting with virtual information. The capability of dynamic switching between cyber and MR worlds allows remote users to bring VR and AR into their own environment. In addition, participants can change dynamically interaction modes to interact with the virtual information in a user-centered mode as well as through a computer-centered approach. This might be very useful for elderly and disabled people, which have difficulties in doing particular operations or going to specific places.

A draft copy of the paper can be downloaded from here.
Posted by Fotis Liarokapis at 11:41 pm

A presentation in October at the International Conference on Computer Vision showed how photos from online sites such as Flickr can be used to create a virtual 3D model of landmarks, including Notre Dame Cathedral in Paris and the Statue of Liberty in New York City. Online photo-sharing Web sites such as Flickr and Google are popular because they offer a free, easy way to share photos. Flickr now holds more than 1 billion photos; a search for "Notre Dame Paris" finds more than 80,000 files. The study authors, experts in computer vision, believe this is the world's most diverse, and largely untapped, source of digital imagery. But the freely available photos do present a challenge: these are holiday snapshots and personal photos, not laboratory-quality research images. While some may be postcard-perfect representations of a setting, others may be dark, blurry or have people covering up most of the scene. 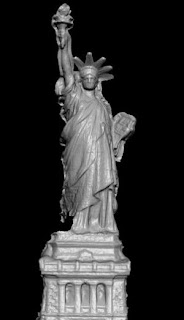 To make the 3D digital model, the researchers first download photos of a landmark. For instance, they might download the roughly 60,000 pictures on Flickr that are tagged with the words "Statue of Liberty." The computer finds photos that it will be able to use in the reconstruction and discards pictures that are of low quality or have obstructions. Photo Tourism, a tool developed at the UW, then calculates where each person was standing when he or she took the photo. By comparing two photos of the same object that were taken from slightly different perspectives, the software applies principles of computer vision to figure out the distance to each point. In tests, a computer took less than two hours to make a 3D reconstruction of St. Peter's Basilica in Rome, using 151 photos taken by 50 different photographers. A reconstruction of Notre Dame Cathedral used 206 images taken by 92 people. All the calculations and image sorting were performed automatically. Creating 3D reconstructions of individual buildings is a first step in a long-term effort to recreate an entire city using online photographs.

The historic birthplace of Shakespeare is embracing the latest Wi-Fi technology to help tourists find their way around the famous landmarks. Conventional guidebooks, by their nature, have often been superseded the minute they come off the press, but obsolete recommendations and out-of-date opening hours will now be a thing of the past. For £8 a day, visitors can hire a handheld electronic organiser, providing an interactive map which automatically points out the nearest literary must-sees as they wander round the town. The online virtual tour guide provides tourist information and special offers from local businesses through a personal digital assistant (PDA). 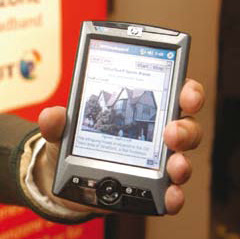 Through the implementation of the UK’s first wireless broadband project for tourists, visitors will have the chance to enjoy a new 21st century experience of the 16th century genius. The Stratford Unplugged initiative is the result of a collaboration between Coventry University, Staffordshire University, BT, Hewlett Packard and the Stratford Town Management Partnership. To enable the scheme, BT has installed a selection of Wi-Fi hotspots in businesses across the town (e.g. hotels, shops and tourist attractions), providing coverage through its BT Openzone service. PDAs are then hired from the tourist information office, giving internet access throughout the day.

The first global map of magnetic peculiarities - or anomalies - on Earth has been assembled by an international team of researchers. Magnetic anomalies are caused by differences in the magnetisation of the rocks in the Earth's crust. Many years of negotiation were required to obtain confidential data from governments and institutes. Scientists hope to use the map to learn more about the geological composition of our planet. The World Digital Magnetic Anomaly Map (WDMAM) is available through the Commission for the Geological Map of the World. The global map shows the variation in strength of the magnetic field after the Earth's dipole field has been removed. After removal of the dipole field, the remaining variations in the field (few hundreds of nT) are due to changes in the magnetic properties of the crustal rocks. 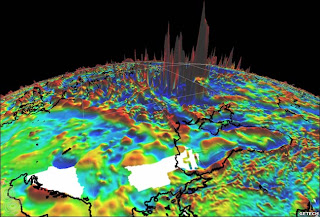 Hot colours (reds) indicate high values; cold colours (blues) indicate low or negative values. As well as revealing ore deposits, magnetic anomalies can also show areas of ground water and sea weakness zones. It is a useful tool for geologists and geophysics, as well as a teaching resource. The information can be viewed as a flat, two-dimensional map or rendered in 3D on a virtual globe. This magnetic data has been gathered by Champ, a German and Russian-built satellite that has been in orbit since 2001. Now coming to the end of its life, it has charted the entire globe. With the publication of the first edition of the map, a second edition is under way. The upcoming Swarm magnetic field satellites, to be flown by the European Space Agency (Esa), will also help build new detail into the map.

The 2nd International Conference of E-Learning and Games