Researchers have developed a new approach to multicolor holography that could be used to make 3D color displays for augmented reality glasses, smartphones or heads-up displays without any bulky optical components. Researchers from Duke University, USA encoded a multicolor image onto a 300-by-300 micron hologram in a 2D waveguide structure, a very thin structure that guides light. The computer-generated hologram produces complex multicolor holographic images when the grating coupler is illuminated by red, green and blue light. The new fabrication method encodes holograms in a material that is compatible with integrated photonics technology. This means that the holographic devices are easy to mass manufacture with the same fabrication methods used to make computer chips. 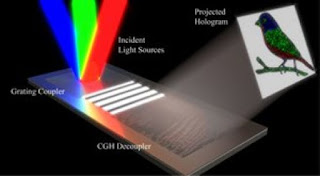 The hologram producing elements could be incorporated into tiny chip-based devices that also house the light sources required to create the 3D images. The new multicolor holography technique is based on computer-generated holograms. Unlike traditional holography, which requires a physical object and laser beams to create the interference pattern necessary to form a holographic image, computer-generated holography generates interference patterns digitally. Computer generated holograms provide high-resolution 3D images, but it has proven difficult to create them in more than one color. The Duke team overcame this challenge by fabricating a grating and a binary hologram in a waveguide made of a light-sensitive material known as photoresist. They developed a way to integrate the interference patterns for red, green and blue into a single binary hologram pattern.

Scientists have figured out how to use a laser to transmit audio, ranging from music to speech, to a person across a room without any receiver equipment, a potential breakthrough for the future of audio and communication. The system can be used from some distance away to beam information directly to someone’s ear. It is the first system that uses lasers that are fully safe for the eyes and skin to localize an audible signal to a particular person in any setting. MIT developed two different methods to transmit tones, music, and recorded speech via a laser. Both techniques take advantage of something called the photoacoustic effect, which is the formation of sound waves as the result of a material absorbing light. 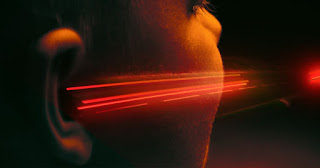 That material was water vapor in the air. For one of their methods, the researchers swept a laser beam at the speed of sound, changing the length of the sweeps to encode different audible pitches. This technique allowed them to transmit sound to a person more than 8.2 feet away at a volume of 60 decibels (about the loudness of background music or a conversation in a restaurant) without anyone between the source of the sound and the target hearing it. For the other method, they encoded an audio message by adjusting a laser beams power which produced a quieter but clearer result. further research will allow them to scale up the transmission distance, which could make the technique useful in dangerous situations, such during a mass shooting.

Artificial intelligence is being developed for a wide range of assistive technology tools, from prosthetic hands to better hearing aids. Deep learning models can provide a synthesized voice for individuals with impaired speech, help the blind see, and translate sign language into text. One reason assistive device developers turn to deep learning is because it works well for decoding noisy signals, like electrical activity from the brain. 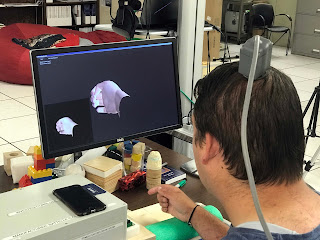 Using an NVIDIA Quadro GPU, a deep learning neural decoder (the algorithm that translates neural activity into intended command signals) was trained on brain signals from scripted sessions with Burkhart, where he was asked to think about executing specific hand motions. The neural network learned which brain signals corresponded to which desired movements. However, a key challenge in creating robust neural decoding systems is that brain signals vary from day to day.

Yet another bastion of human skill and intelligence has fallen to the onslaught of the machines. A new kind of deep-learning machine has taught itself to solve a Rubik’s Cube without any human assistance. The milestone is significant because the new approach tackles an important problem in computer science—how to solve complex problems when help is minimal. First some background. The Rubik’s Cube is a three-dimensional puzzle developed in 1974 by the Hungarian inventor Erno Rubik, the object being to align all squares of the same color on the same face of the cube. It became an international best-selling toy and sold over 350 million units. The puzzle has also attracted considerable interest from computer scientists and mathematicians. One question that has intrigued them is the smallest number of moves needed to solve it from any position. The answer, proved in 2014, turns out to be 26. Another common challenge is to design algorithms that can solve the cube from any position. Rubik himself, within a month of inventing the toy, came up with an algorithm that could do this. But attempts to automated the process have all relied on algorithms that have been hand-crafted by humans. More recently, computer scientists have tried to find ways for machines to solve the problem themselves. One idea is to use the same kind of approach that has been so successful with games like chess and Go.

In these scenarios, a deep-learning machine is given the rules of the game and then plays against itself. Crucially, it is rewarded at each step according to how it performs. This reward process is hugely important because it helps the machine to distinguish good play from bad play. In other words, it helps the machine learn. But this doesn’t work in many real-world situations, because rewards are often rare or hard to determine. Researchers from the University of California, Irvine. They pioneered a new kind of deep-learning technique, called autodidactic iteration, that can teach itself to solve a Rubik’s Cube with no human assistance. Given an unsolved cube, the machine must decide whether a specific move is an improvement on the existing configuration. To do this, it must be able to evaluate the move. Autodidactic iteration does this by starting with the finished cube and working backwards to find a configuration that is similar to the proposed move. This process is not perfect, but deep learning helps the system figure out which moves are generally better than others. Having been trained, the network then uses a standard search tree to hunt for suggested moves for each configuration. The result is an algorithm that performs remarkably well. This has implications for a variety of other tasks that deep learning has struggled with, including puzzles like Sokoban, games like Montezuma’s Revenge, and problems like prime number factorization.

Virtual reality (VR) showed off its spectacular side at the Consumer Electronics Show last week, whisking people onto hockey arenas, baseball fields and even into the internet with animated film trouble-maker Wreck-it Ralph. But even with the impressive visuals, VR appeared to be in the slow lane toward mass adoption, according to analysts and industry attendees at the massive technology trade show. Fidelity Investments let people step into financial portfolios, entering a digital world where share prices were all around. 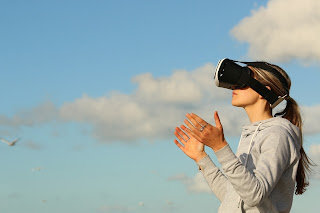 HTC is working with Firefox browser maker Mozilla and Amazon's cloud services team to enable websites to provide online access using eye-popping VR. Companies are finding efficiencies and cost savings in using VR gear for tasks such as training workers or designing products. HTC demonstrations included VR software to coach people on public speaking. The Void VR system offers arcade-style experiences in several countries, overlaying virtual worlds on real rooms to let people move about as they might if really in the fantasy.