An Oculus video posted last week, shows what looks like the same gloves in action. It reveals a marker-based solution that uses external tracking cameras. Unfortunately, hands have about 25 degrees of freedom and lots of self-occlusion. Right now, retroreflector-covered gloves and lots of cameras are needed to get to this level of tracking quality. Perhaps one day the company might be able to fit all of that into sensors like those used for the Rift and Touch, but right now it requires that elaborate rig constructed around Zuckerberg in the picture he teased. 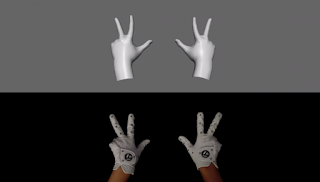 Oculus won’t be releasing any new hardware in 2017 and the Touch controllers are still the primary form of input for its VR experiences having only released late last year. It’s more than likely that this is still an R&D project that’s not even confirmed for a consumer release. We’d love to know if these gloves have any kind of haptic feedback to react to actions like pressing buttons. Accurate finger tracking is another important step towards fully VR immersion, but actually replicating the feel and resistance of surfaces and objects in VR is another challenge entirely. 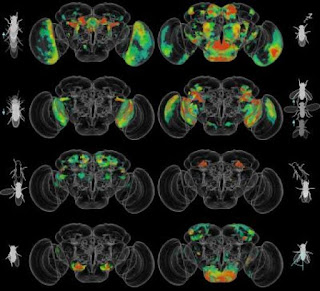 Their results are the most comprehensive neural maps of behavior yet created. Such detailed maps could give researchers a starting point for tracing the neural circuitry flies use to produce specific behaviors, such as jumping or wing grooming. Understanding the inner workings of the fly brain could even offer insight into the neural basis of human behavior.

Current brain implants are less than ideal. They are crude brain-computer interface (BCI) devices that are implanted during an invasive procedure, and a relatively small number of electrodes make contact with the brain despite the large size of the devices. While they are somewhat effective in the mitigation of the effects of epilepsy, Parkinson’s, and other neurodegenerative conditions, they’d be far more useful with more electrodes making contact than the mere tens of thousands that is possible now. To dramatically improve BCIs, scientists need to create an implant device that is less invasive than current methods and can still offer more interactive channels, including direct interfaces with the visual and auditory cortices. This kind of BCI would create a vastly expanded range of contact points for brain function support by artificial systems. 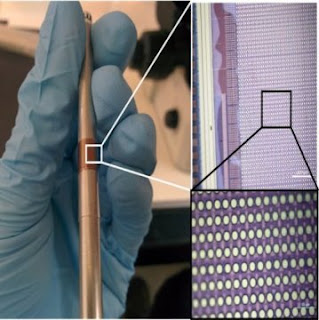 Enter the U.S. Department of Defense’s (DoD’s) Defense Advanced Research Projects Agency (DARPA), and its Neural Engineering System Design (NESD) program. Their goal is to invent exactly this kind of device, with the specific intent to help people with hearing and vision impairment and neurodegenerative diseases, and they’re using flexible silicon electronics to do it. The team plans to develop an implantable device with one million channels and they hope to apply for approval for regulatory testing by the time the four-year grant expires. The implanted chips from this research team are unique; they are flexible enough to avoid damaging the brain tissue, very lightweight, and ultra-conformable on the surface of the brain. The chip itself has no need to pierce the brain tissue, instead it uses data telemetry and wireless power.

'Touching the Void'  allows users to feel objects that aren't really there. Consisting of a pair of gloves and a pedestal that are both embedded with electronics,  'Touching the Void' depicts virtual objects by vibrating when the user's fingers enter the space occupied by the object. The data of user's finger position is tracked by a sensor device embedded in the pedestal, then fed to a micro-controller to activate the corresponding vibration motors beneath fingertips. 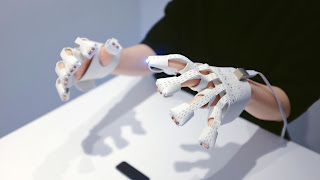 When Queen’s House reopened in October last year following a 15-month refurbishment its art and architecture had been restored, new exhibitions and commissions unveiled and the Armada Portrait of Queen Elizabeth I, saved for the nation earlier this year, taking pride of place. Not only was the 400-year-old building, brought back to its former glory but he and other historic characters were also brought back to life in a new interpretation project using the latest augmented reality (AR) technology to bring back to life characters associated with the house including the architect himself. Spirited: A digital adventure is a ground-breaking AR experience that allows history to come alive in visitors’ hands. 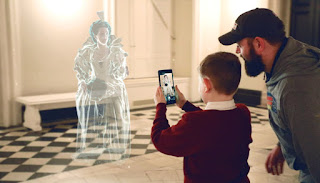 Project Tango technology gives any mobile device the ability to navigate the physical world in a similar way to humans. The Queen’s House is one of the world’s first cultural places to trial this revolutionary technology alongside the Detroit Museum of Art, USA and the Art Science Museum, Singapore. As part of the experience, users will discover 21 historical characters and the original Gentileschi painting on the ceiling. The list of spirits in the Great Hall includes: Anne of Denmark, Henrietta-Maria of France and Inigo Jones. All characters are real models wearing historical costumes, props, jewels, wigs and make-up and they are using the Lenovo Phab2Pro phablets. All devices are in a charging deck handed to visitors by trained museum staff.