Until recently, losing both arms in an accident would probably have meant the end of a patient's two-fisted grip. Not so for Leslie Baugh, the first shoulder-level double amputee to wear and control two complex, mind-controlled prosthetic limbs. Baugh isn't the first person to control robotic limbs with his mind. Some researchers are already working on giving amputee patients back their sense of touch. But the technique is new enough that dual-control has never been tried before. To prepare his body for the devices, Baugh underwent a surgery called targeted muscle reinnervation. 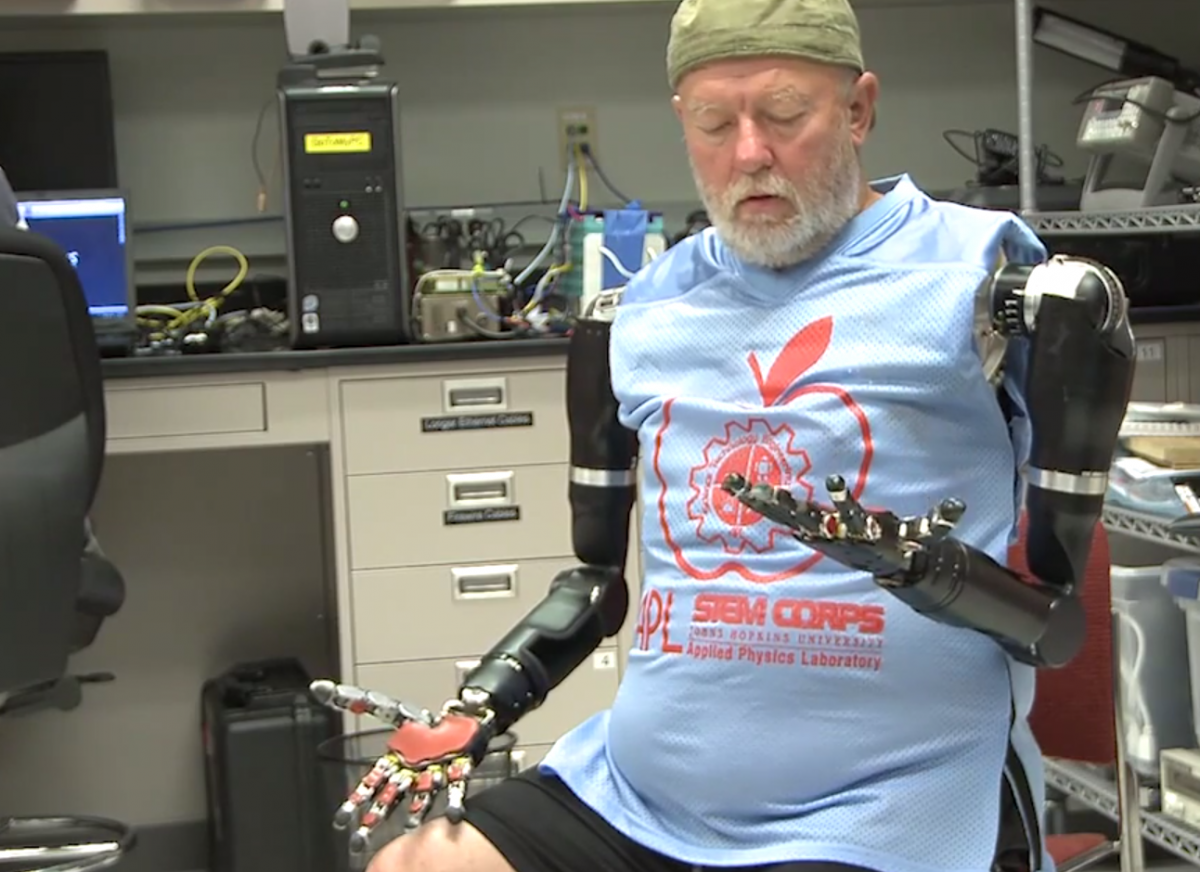 Next, he trained on a computer, working with virtual models as pattern recognition software learned to apply signals from his brain to his intended movements. Then, Johns Hopkins researchers fitted him with a personalized socket to hold the prostheses to his body and translate his mental controls. When they attached the robotic limbs, he performed a variety of two-handed tasks—becoming the first person to ever manipulate two independent arms with his mind at the same time. In the future, according to John Hopkins, he'll be able to take them home and use them in his day-to-day life.

A paralysed woman who controlled a robotic arm using just her thoughts has taken another step towards restoring her natural movements by controlling the arm with a range of complex hand movements. Researchers at the University of Pittsburgh have gone from giving ‘high fives’ to the ‘thumbs-up’ after increasing the manoeuvrability of the robotic arm from seven dimensions (7D) to 10 dimensions (10D). 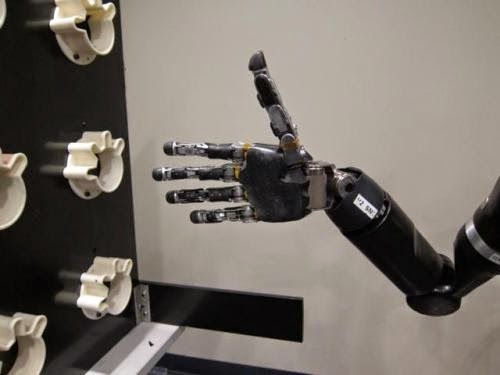 The extra dimensions come from four hand movements—finger abduction, a scoop, thumb extension and a pinch—and have enabled Jan to pick up, grasp and move a range of objects much more precisely than with the previous 7D control. Computer algorithms were used to decode these firing signals and identify the patterns associated with a particular arm movement, such as raising the arm or turning the wrist.

What if you could, for a moment, have the body of someone of a different race, age, or sex? Would that change the way you feel about yourself or the way that you stereotype different social groups? Researchers explain how they have used the brain's ability to bring together information from different senses to make white people feel that they were inhabiting black bodies and adults feel like they had children's bodies. The results of such virtual body-swapping experiments are remarkable and have important implications for approaching phenomena such as race and gender discrimination. Negative attitudes about others are often formed at a young age, and they're thought to remain relatively stable throughout adulthood. 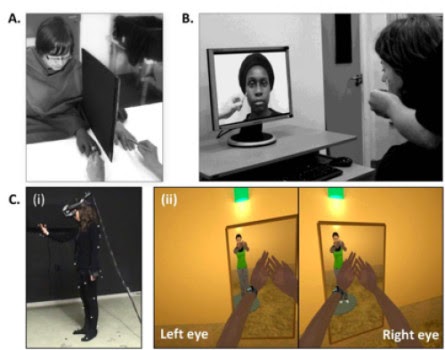 However, few studies have examined whether implicit social biases can change. In recent years, researcher of the Royal Holloway University of London, University College London and the University of Barcelona have developed ways to expose participants to bodily illusions that induce ownership over a body different from their own with respect to race, age, or gender. For white people who were made to feel that they had black bodies, their unconscious biases against black people diminished. And adults who felt as if they had children's bodies processed perceptual information and aspects of themselves as being more childlike. Research shows that integration of different sensory signals can allow the brain to update its model of the body and cause people to change their attitudes about others.

War of Mine Game About Civilian Survival

Polish developer 11bit Studios' recently-released This War of Mine, a bit of a different look at video games' favourite setting. Focused on hiding, building and survival, it puts the player in charge of a team of civilians. The game was inspired by the 1,425 day-long Siege of Sarajevo, which began in 1992 during the Bosnian War. Players make life-and-death decisions driven by their conscience. 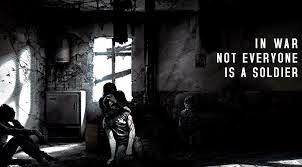 This game provides an experience of war seen from an entirely new angle. For the very first time you do not play as an elite soldier, rather a group of civilians trying to survive in a besieged city. During the day snipers outside stop you from leaving your refuge, so you need to focus on maintaining your hideout. At night you get a chance to scavenge nearby locations for items that will help you stay alive.

In a darkened, hangar-like space inside MIT's Building 41, a small, Roomba-like robot is trying to make up its mind. Standing in its path is an obstacle -- a human pedestrian who's pacing back and forth. To get to the other side of the room, the robot has to first determine where the pedestrian is, then choose the optimal route to avoid a close encounter. As the robot considers its options, its thoughts are projected on the ground: A large pink dot appears to follow the pedestrian -- a symbol of the robot's perception of the pedestrian's position in space. 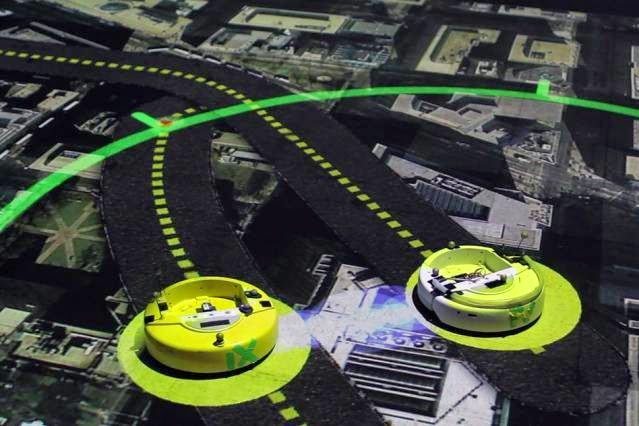 Lines, each representing a possible route for the robot to take, radiate across the room in meandering patterns and colors, with a green line signifying the optimal route. The lines and dots shift and adjust as the pedestrian and the robot move. This new visualization system combines ceiling-mounted projectors with motion-capture technology and animation software to project a robot's intentions in real time. The researchers have dubbed the system measurable VR (MVR) - a spin on conventional VR that's designed to visualize a robot's perceptions and understanding of the world.

Technology has changed rapidly over the last few years with touch feedback, known as haptics, being used in entertainment, rehabilitation and even surgical training. New research, using ultrasound, has developed an invisible 3D haptic shape that can be seen and felt. The research, led by the University of Bristol's Department of Computer Science, could change the way 3D shapes are used. The new technology could enable surgeons to explore a CT scan by enabling them to feel a disease, such as a tumour, using haptic feedback. 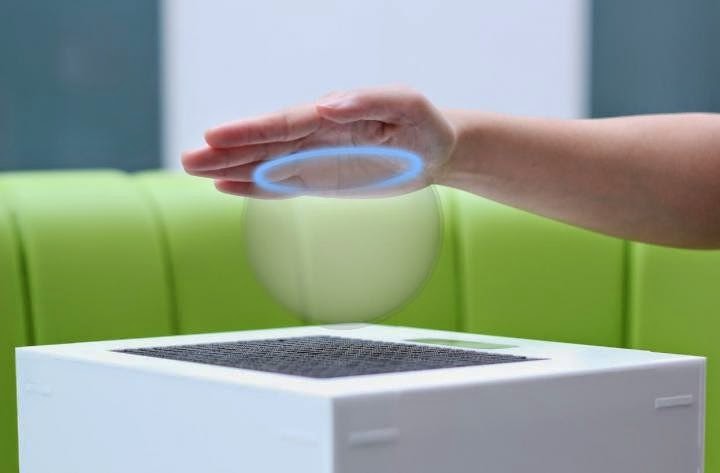