Researchers have developed a highly stretchable touchpad that can be used to write words and play electronic games. The development could lead to flexible, wearable devices with a variety of applications. While various types of conductors such as carbon nanotubes and metal nanowires have been explored for stretchy touchpads, they are all based on hard materials. To help solve this problem, researchers developed a touchpad made of hydrogel, a network of hydrophilic polymers that are soft and very stretchable. They used a polyacrylamide hydrogel containing lithium chloride salts, which act as a conductor and help retain water in the hydrogel. Electrodes on the ends of the hydrogel panel apply similar voltages, which creates a uniform electrostatic field across the system. 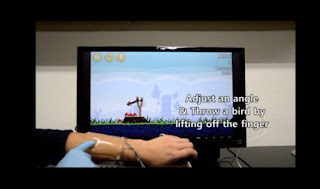 When a finger touches the panel, it closes the circuit within the hydrogel, allowing current to flow from both ends of the strip to the touch point. At each corner of the strip, meters that capture current detect the electrical signals; the researchers developed a controller board to facilitate communication between the ionic touch panel and a computer. Using the touchpad, they were able to draw a stick figure, with the data conveyed onto a computer screen. With the thin touchpad placed on their arms, they were able to write words and to play the piano and games. The touchpad was still able to operate when it was stretched to more than 1000% of its normal area. After 100 cycles the resistance was found to increase slightly.

A New Window to Understanding the Brain

Scientists in recent years have made great strides in the quest to understand the brain by using implanted probes to explore how specific neural circuits work. Though effective, those probes also come with their share of problems as a result of rigidity. The inflammation they produce induces chronic recording instability and means probes must be relocated every few days, leaving some of the central questions of neuroscience – like how the neural circuits are reorganized during development, learning and aging- beyond scientists’ reach. A team of researchers from the Department of Chemistry and Chemical Biology has demonstrated that syringe-injectable mesh electronics can stably record neural activity in mice for eight months or more, with none of the inflammation produced by traditional implanted probes. 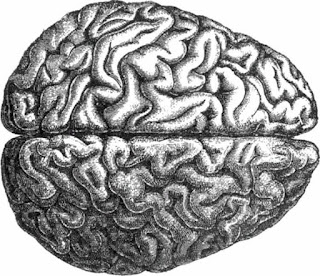 They demonstrated that the syringe-injectable mesh electronics could be used to deliver electrical stimulation to the brain over three months or more. The possibilities, however, don’t end there. Because traditional rigid implanted probes are invariably unstable, he explained, researchers and clinicians rely on decoding what they call the “population average” – essentially taking a host of neural signals and applying complex computational tools to determine what they mean. Using tissue-like mesh electronics, by comparison, researchers may be able to read signals from specific neurons over time, potentially allowing for the development of improved brain-machine interfaces for prosthetics.

Eight people who have spent years paralyzed from spinal cord injuries have regained partial sensation and muscle control in their lower limbs after training with brain-controlled robotics. The patients used brain-machine interfaces, including a virtual reality system that used their own brain activity to simulate full control of their legs. The research led by Duke University academics offers promise for people with spinal cord injury, stroke and other conditions to regain strength, mobility and independence. Several patients saw changes after seven months of training. After a year, four patients' sensation and muscle control changed significantly enough that doctors upgraded their diagnoses from complete to partial paralysis. 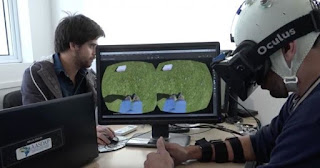 Most patients saw improvements in their bladder control and bowel function, reducing their reliance on laxatives and catheters, he said. These changes reduce patients' risk of infections, which are common in patients with chronic paralysis and are a leading cause of death. Brain-machine systems establish direct communication between the brain and computers or often prosthetics, such as robotic limbs. Researchers believe with weekly training, the rehab patients re-engaged spinal cord nerves that survived the impact of the car crashes, falls and other trauma that paralyzed their lower limbs. At the beginning of rehabilitation, five participants had been paralyzed at least five years; two had been paralyzed for more than a decade.

Déjà vu was thought to be caused by the brain making false memories, but researcher at the University of St Andrews, UK, now suggests this is wrong. Exactly how déjà vu works has long been a mystery, partly because it’s fleeting and unpredictable nature makes it difficult to study. Researchers developed a way to trigger the sensation of déjà vu in the lab. The technique uses a standard method to trigger false memories. It involves telling a person a list of related words – such as bed, pillow, night, dream – but not the key word linking them together (i.e. sleep). When the person is later quizzed on the words they’ve heard, they tend to believe they have also heard ‘sleep’ – a false memory. To create the feeling of déjà vu, they asked people if they had heard any words beginning with the letter ‘s’. 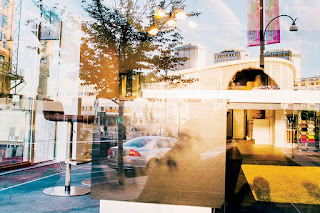 The volunteers replied that they hadn’t. This meant that when they were later asked if they had heard the word sleep, they were able to remember that they couldn’t have, but at the same time, the word felt familiar. They report having this strange experience of déjà vu. The team used fMRI to scan the brains of 21 volunteers while they experienced this triggered déjà vu. We might expect that areas of the brain involved in memories, such as the hippocampus, would be active during this phenomenon, but this wasn’t the case. The team found that the frontal areas of the brain that are involved in decision making were active instead. If these findings are confirmed, they suggest that déjà vu is a sign that your brain’s memory checking system is working well, and that you’re less likely to misremember events.

Can We Learn How to Forget

After reflexively reaching out to grab a hot pan falling from the stove, you may be able to withdraw your hand at the very last moment to avoid getting burned. That is because the brain's executive control can step in to break a chain of automatic commands. Several new lines of evidence suggest that the same may be true when it comes to the reflex of recollection—and that the brain can halt the spontaneous retrieval of potentially painful memories. Within the brain, memories sit in a web of interconnected information. As a result, one memory can trigger another, making it bubble up to the surface without any conscious effort. When you get a reminder, the mind's automatic response is to do you a favor by trying to deliver the thing that's associated with it, neuroscientists say at the University of Cambridge. But sometimes we are reminded of things we would rather not think about. Humans are not helpless against this process, however. Previous imaging studies suggest that the brain's frontal areas can dampen the activity of the hippocampus, a crucial structure for memory, and therefore suppress retrieval. 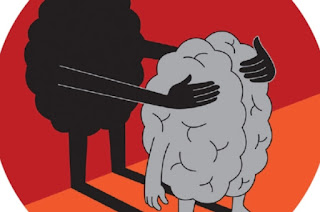 In an effort to learn more, researchers recently investigated what happens after the hippocampus is suppressed. They asked 381 college students to learn pairs of loosely related words. Later, the students were shown one word and asked to recall the other—or to do the opposite and to actively not think about the other word. Sometimes between these tasks they were shown unusual images, such as a peacock standing in a parking lot. They found that the participants' ability to subsequently recall the peacocks and other strange pictures was about 40 percent lower if they had been instructed to suppress memories of words before or after seeing the images, compared with trials in which they had been asked to recall the words. This provides further evidence that a memory-control mechanism exists and suggests that trying to actively forget a particular memory can negatively affect general memory. They call the phenomenon an “amnesic shadow” because it apparently blocks recollection of unrelated events happening around the time of decreased hippocampal activity. The results may explain why some people who have experienced trauma have poor memory of everyday events.

Many criminal offenders display psychopathic traits, such as antisocial and impulsive behaviour. And yet some individuals with psychopathic traits do not commit offences for which they are convicted. As with any other form of behaviour, psychopathic behaviour has a neurobiological basis. Researchers from the Donders Institute and the Department of Psychiatry at Radboudumc wanted to find out whether the way a psychopath’s brain works is visibly different from that of a non-psychopath. And whether there are differences between the brains of criminal and non-criminal psychopaths. Researchers in the Department of Psychiatry at Radboudumc carried out tests on 14 convicted psychopathic individuals, and 20 non-criminal individuals, half of whom had a high score on the psychopathy scale. The participants performed tests while their brain activity was measured in an MRI scanner. 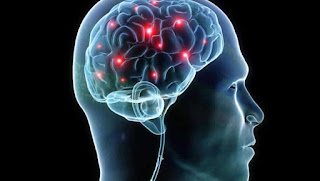