There’s no word on when Samsung’s next-generation VR headset will be released, but the company has silently revealed a new all-in-one prototype at Mobile World Congress Shanghai 2017 (MWCS 2017). According to a press release by the VR eye-tracking technology company Visual Camp, the new prototype is powered by an ExynosVR 3 series chip that supports Dual WQHD (Wide Quad HD) resolution at 90fps. 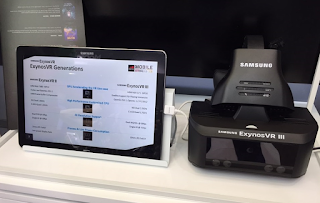 WQHD is a display resolution of 2560×1440 pixels in a 16:9 aspect ratio. Additionally the prototype is reported to support Single 4K resolution at 75fps. All-in-one VR headsets do not need to be connected to a smartphone or a computer, and provide a completely wireless VR experience, with its own processor and battery. Visual Camp also states that its technology can be applied to both smartphone-connected and all-in-one HMD devices.

Knuckles, Valve’s unique VR motion controller, is already in the hands of select developers who are no doubt designing ways to use the controller’s 5-finger tracking. In the video published by Zulubo Productions, we get a better look at just what Knuckles can do. The demo, first seen in a Knuckles developer guide, is designed to let devs understand the controllers’ tracking capabilities, and what sorts of fine manipulation Knuckles provides users in a virtual setting. 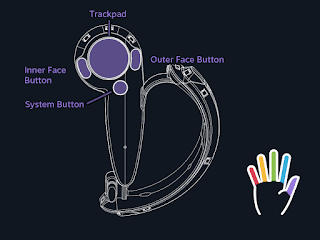 With plenty of objects to suspend in mid-air with an anti-gravity machine, the demo lets you get used to picking up and manipulating physics objects with each finger, and use your individual fingers to poke at flat, screen-based UI. Using a single finger to reliably pick something up may not sound like a technical revelation, but it isn’t so much about what a few extra fingers can do physically, but rather about creating greater hand presence.

How Video Games Change the Brain

A new study reveals how playing video games not only changes how our brain functions, but also the structure of the brain. Scientists have collected and summarized studies looking at how video games can shape our brains and behavior. Research to date suggests that playing video games can change the brain regions responsible for attention and visuospatial skills and make them more efficient. The researchers also looked at studies exploring brain regions associated with the reward system, and how these are related to video game addiction. 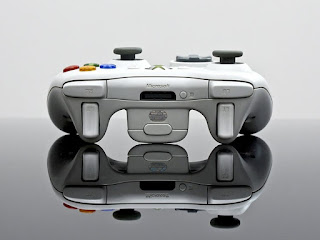 The studies show that playing video games can change how our brains perform, and even their structure. For example, playing video games affects our attention, and some studies found that gamers show improvements in several types of attention, such as sustained attention or selective attention. The brain regions involved in attention are also more efficient in gamers and require less activation to sustain attention on demanding tasks. There is also evidence that video games can increase the size and efficiency of brain regions related to visuospatial skills.

US Army Is Bringing ‘Tactical AR’ To The Battlefield

When it comes to surviving a firefight information is everything. That’s exactly why the United States military invests so much time and resources into equipping soldiers with state-of-the-art technology designed to keep them informed and updated when deployed in dangerous scenarios. The U.S. Army Research, Development and Engineering Command’s Communications-Electronics Research, Development and Engineering Center is taking a full step into the future by fitting soldiers with advanced augmented reality heads-up displays. The US Army has been using AR in combat for years in the form of simple, monochromatic displays fielded by select individuals. 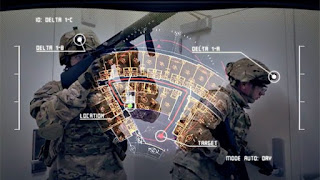 Tactical Augmented Reality, or TAR, takes the idea much further by providing high quality HD displays miniaturized to the size of a small eyepiece and capable of communicating large amounts of critical data in real-time. The TAR system can effectively provide a soldier with advanced night vision, topographical information and shared vision between squad members. The futuristic display is also capable of providing the GPS locations of both friend and foe using automatic geo-registration to constantly update the geodetically-calibrated reference image needed for functional tracking with geo-positional satellites.

Fully functioning hand-tracking might be a ways off from becoming the standard form of VR input, but Leap Motion is making a big step toward that future today, taking its Interaction development engine to 1.0 and introducing some major new features. The Interaction Engine has been available in early Beta since last year, but this full release focuses on what could be a major application for hand-tracking going forward — interfaces. Leap Motion has built a new user interface module that allows developers to create their own accessible menus and systems that can be navigated a little like Tom Cruise navigates menus in Minority Report. Users reach out to virtual panels to press buttons and alter meters. The company is also adding support for systems like wearables and widgets, enabling wrist-mounted menus and more.

Also updated is the core physics engine, which should make using Leap Motion a much more reliable and immersive experience going forward. Perhaps the most exciting addition to the engine, though, is Oculus Touch and Vive controller support. The combination of these two technologies is very interesting. Touch also has basic gesture recognition but imagine being able to hold a controller and still extend a finger to press a button. The company has also launched a new Graphic Renderer that can curve the user interface and render it in one draw call. This is specifically aimed at mobile and standalone headsets. Leap Motion’s hand-tracking technology has existed for years, but found a new lease of life in VR. We’ve seen the company’s tech integrated into Qualcomm’s reference design for standalone VR headsets though.