Atlas of the Human Brain

A European team of scientists have built the first atlas of white-matter microstructure in the human brain. The project’s final results have the potential to change the face of neuroscience and medicine over the coming decade. The work relied on groundbreaking MRI technology and was funded by the EU’s future and emerging technologies program with a grant of 2.4 million Euros. The participants of the project, called CONNECT, were drawn from leading research centers in countries across Europe including Israel, United Kingdom, Germany, France, Denmark, Switzerland and Italy. 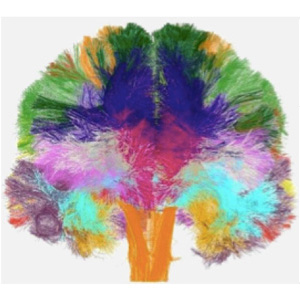 The new atlas combines three-dimensional images from the MRI scans of 100 brains of volunteers. To achieve this, CONNECT developed advanced MRI methods providing unprecedented detail and accuracy. Currently, biomedical research teams around the world studying brain science rely on a brain atlas produced by painstaking and destructive histological methods on the brains of a few individuals who donated their bodies to science. The new atlas simulates the impossible process of painstakingly examining every mm2 of brain tissue with a microscope, while leaving the brain intact.

Everyone agrees health care in the United States is a colossal mess, and IBM is betting that artificially intelligent supercomputers are just what the doctor ordered. But some health professionals say robodoctors are just flashy toys. Such are the deep questions raised by the medical incarnation of Watson, the language-processing, information-hunting AI that debuted in 2011 on the quiz show Jeopardy!, annihilating the best human player ever and inspiring geek dreams of where its awesome computational power might be focused next. 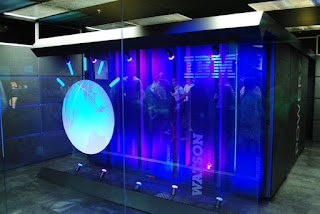 IBM has promised a Watson that will in microseconds trawl the world’s medical knowledge and advise doctors. It sounds great in principle, but the project hasn’t yet produced peer-reviewed clinical results, and the journey from laboratory to bedside is long. Still, some doctors say Watson will be fantastically useful. It’s not humanly possible to practice the best possible medicine. We need machines, researchers said from a clinical medicine at Columbia University. A machine with massively parallel processing is like having 500,000 people trying to find the right information.

More than one in three people in the UK are diagnosed with cancer in their lifetime. Researchers Abertay, St Andrews, Edinburgh and Dundee Universities combine biomedical science, complex computing and interactive animations to create better models for predicting cancer and drug behaviour. Their work creates interactive models that show cell signalling pathways and biomolecular species levels, allowing the impact of changing of doses of different combinations of drugs to be predicted. 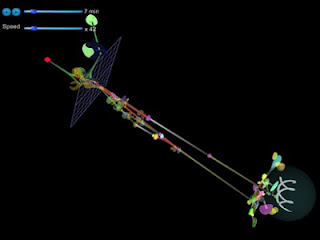 The interactive models function like a living map, letting mathematicians and biologists work more closely together. Any drug interventions show system-scale, knock-on effects – just as if a line was closed on the London Tube, re-routing passengers on to other lines. By visualising what cancer cell pathways look like, and predicting how they interact with different drugs in real time, they hope to improve this area of crucial scientific research. The next step is to create an interactive tool to simulate 1 million biologically plausible cells and its evolution over a six month period.

Astronomers in Germany at the Leibniz Institute for Astrophysics in Potsdam have developed an artificial intelligence algorithm to help them chart and explain the structure and dynamics of the universe around us with unprecedented accuracy.  Scientists routinely use large telescopes to scan the sky, mapping the coordinates and estimating the distances of hundreds of thousands of galaxies and so enabling them to create a map of the large-scale structure of the Universe. But the distribution that astronomers see is intriguing and hard to explain, with galaxies forming a complex 'cosmic web' showing clusters, filaments connecting them, and large empty regions in between. The driving force for such a rich structure is gravitation. This force originates from two components; firstly the 5% of the universe that appears to be made of 'normal' matter that makes up the stars, planets, dust and gas we can see and secondly the 23% made up of invisible 'dark' matter. 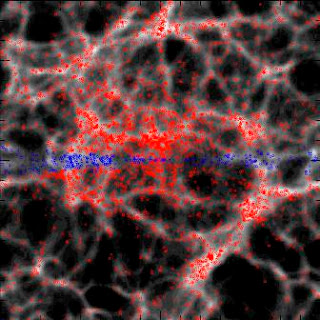 Alongside these some 72% of the cosmos is made up of a mysterious 'dark energy' that rather than exerting a gravitational pull is thought to be responsible for accelerating the expansion of the universe. Together these three constituents are described in the Lambda Cold Dark Matter (LCDM) model for the cosmos, the starting point for the work of the Potsdam team. Measurements of the residual heat from the Big Bang – the so-called Cosmic Microwave Background Radiation or CMBR emitted 13700 million years ago – allow astronomers to determine the motion of the Local Group, the cluster of galaxies that includes the Milky Way, the galaxy we live in. Astronomers try to reconcile this motion with that predicted by the distribution of matter around us and its associated gravitational force, but this is compromised by the difficulty of mapping the dark matter in the same region.

Scientists at the Universities of Sheffield and Sussex are embarking on an ambitious project to produce the first accurate computer models of a honey bee brain in a bid to advance our understanding of Artificial Intelligence (AI), and how animals think. The team will build models of the systems in the brain that govern a honey bee's vision and sense of smell. Using this information, the researchers aim to create the first flying robot able to sense and act as autonomously as a bee, rather than just carry out a pre-programmed set of instructions. 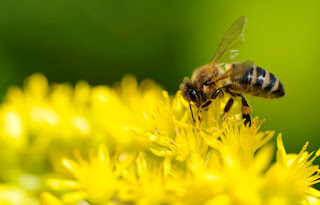 If successful, this project will meet one of the major challenges of modern science: building a robot brain that can perform complex tasks as well as the brain of an animal. Tasks the robot will be expected to perform, for example, will include finding the source of particular odours or gases in the same way that a bee can identify particular flowers. It is anticipated that the artificial brain could eventually be used in applications such as search and rescue missions, or even mechanical pollination of crops.