Robots and prosthetic devices may soon have a sense of touch equivalent to, or better than, the human skin with the Asynchronous Coded Electronic Skin (ACES), an artificial nervous system developed by a team of researchers at the National University of Singapore (NUS). The new electronic skin system achieved ultra-high responsiveness and robustness to damage and can be paired with any kind of sensor skin layers to function effectively as an electronic skin. 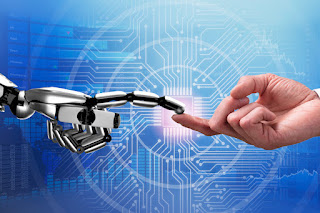 Drawing inspiration from the human sensory nervous system, the NUS team developed a sensor system that could potentially perform better. While the ACES electronic nervous system detects signals like the human sensor nervous system, it is made up of a network of sensors connected via a single electrical conductor. It is also unlike existing electronic skins which have interlinked wiring systems that can make them sensitive to damage and difficult to scale up.

Research on robotic prostheses is coming along in leaps and bounds, but one hurdle is proving quite tricky to overcome: a sense of touch. Among other things, this sense helps us control our grip strength - which is vitally important when it comes to having fine motor control for handling delicate objects. Thanks to biomedical engineers at the University of Utah, for the participants of their experimental study, the arm can now also produce an ability to feel. This spectacular advance allowed one wearer to handle grapes, peel a banana, and even feel his wife's hand in his. The arm has been in development for 15 years, and it taps into the way our brains control our limbs by sending signals through the nervous system. This technology is called peripheral nerve stimulation, and engineers have been exploring its use in upper limb prostheses for years. Electrodes are attached to the nerves in the arm above the amputation site, and to the prosthetic.

The user then thinks about moving the hand and arm. It takes a bit of training but gradually the software that runs the arm learns the user's neural signals for controlling the prosthesis, and basic dexterity is restored. But sense of touch is relayed from the limb to the brain, so to generate a robotic ability to feel, the research team needed new tricks. The robotic hand has sensors that can mimic the feeling of touch. The challenge to relay that information back to the brain in the correct way is the next, more difficult step. A feeling prosthetic developed by DARPA and unveiled in 2015 solved this with electrodes connected directly to the sensory cortex of the brain, but the team wanted a less invasive solution. When you touch something, a burst of signals is immediately sent up the nerves to the brain, after which it tapers off. The team recorded this activity from the arm of a primate and performed approximations to work out an approximation of how this happens in humans.

Magic Leap’s last updatentroduced full skeleton tracking of the hand, although now devs can access a hand mesh through API that the company says not only properly occludes the scene when your hand passes in front of it but should let you hold virtual objects too. 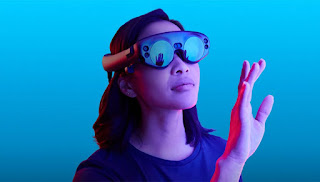 The company redesigned the interaction model of Lumin OS based around Control, the system’s single 6DOF controller. Control is now the default interaction for Lumin OS, which includes tasks such as selection, placement, and extraction.

The team behind Osso VR, the VR surgical training platform, says that the software is now in use by more than 1,000 surgeons a month around the globe. The platform, which was created to provide surgeons with an immersive, repeatable environment to safely practice their craft, is now used by more than 20 teaching hospitals and eight top medical device companies across 11 countries. 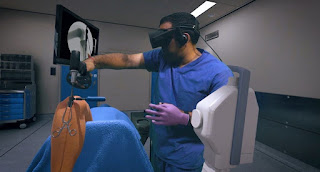 Besides offering risk-free practice sessions and performance analytics, the platform also helps bridge distances by letting surgeons train and be instructed on how to use new equipment without having to physically travel to conferences or location-based training sessions. Moreover, it can be done in a virtual environment one-on-one or in a group setting.