Microsoft incorporated motion tracking with the Xbox 360 gaming console’s Kinect camera and has recently been seen using similar technology with their impressive HoloLens virtual reality headset. Microsoft Research has just revealed some information on some of their most recent developments regarding detection and reading of hand gestures with a new system they’re calling Handpose. 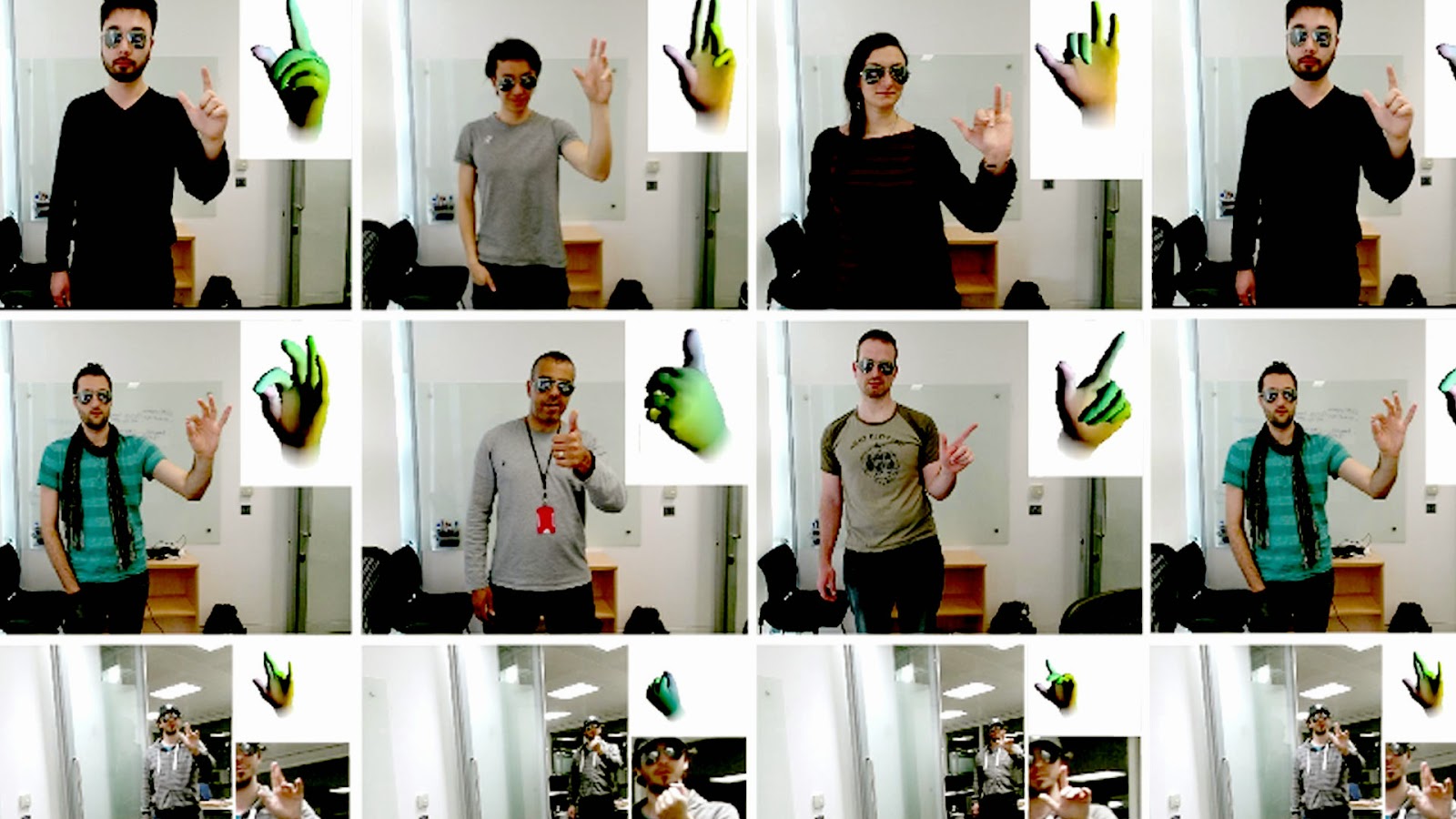 The new real-time hand tracking system is based on a single depth camera and allows greater recognition of a user’s hand in different lighting scenarios and distances from the camera. Handpose appears to provide a more sophisticated method for reading subtle hand gestures and apparently can detect hands without the camera first having to detect the user’s surroundings or relative position.

GPS navigation has made getting lost more difficult than ever. But if the act of using your brain to steer your own limbs is still too difficult -- or you have genuine problems navigation around unfamiliar places -- a team of researchers has a novel solution. Actuated navigation is a new concept proposed by a team from the universities of Hannover, Stuttgart and Munich to combine GPS and electrical stimulation of the muscles and literally drive you around an unfamiliar location, without having to consult a map. Researchers outline how the idea would combine GPS navigation with a new, direct method of delivering that information to the human locomotion system. The idea works by delivering weak electrical signals to the muscles, using non-invasive electrodes on the skin. The signal interacts with motor nerves, which contracts the relevant fibres and forces you to change direction. The proposed setup would provide an actuation signal that is processed directly and affects a change of direction.

Most recent advances in artificial intelligence -- such as mobile apps that convert speech to text -- are the result of machine learning, in which computers are turned loose on huge data sets to look for patterns. To make machine-learning applications easier to build, computer scientists have begun developing so-called probabilistic programming languages, which let researchers mix and match machine-learning techniques that have worked well in other contexts. In 2013, the U.S. Defense Advanced Research Projects Agency, an incubator of cutting-edge technology, launched a four-year program to fund probabilistic-programming research. 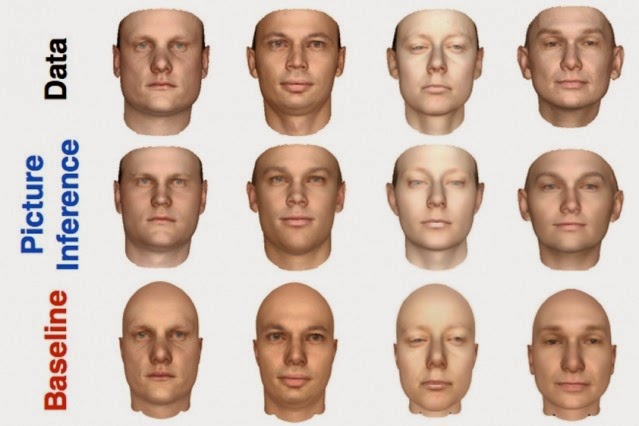 By the standards of conventional computer programs, those models can seem absurdly vague. One of the tasks that the researchers investigate, for instance, is constructing a 3D model of a human face from 2D images. Their program describes the principal features of the face as being two symmetrically distributed objects (eyes) with two more centrally positioned objects beneath them (the nose and mouth). It requires a little work to translate that description into the syntax of the probabilistic programming language, but at that point, the model is complete. Feed the program enough examples of 2D images and their corresponding 3D models, and it will figure out the rest for itself.

UC San Francisco scientists have discovered a possible mechanism for how deep-brain stimulation (DBS), a widely used treatment for movement disorders, exerts its therapeutic effects. Few medical treatments show results as rapid and dramatic as those seen with DBS, in which surgically implanted devices deliver electrical pulses to inner brain structures involved in movement. In most Parkinson's disease (PD) patients who receive the treatment, symptoms of slow movement, tremor, and rigidity sharply diminish soon after the stimulation device is activated, and quickly return if the device is turned off. 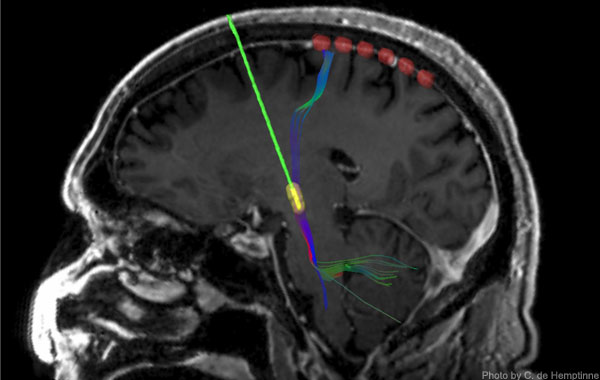 But surprisingly, there has been very little understanding of precisely why and how DBS works so well—a lack of knowledge that has held back efforts to further improve the therapy. Despite the great success of DBS, some significant problems remain. Customizing the stimulation delivered by DBS devices for each patient to maximally reduce symptoms is challenging and time consuming. And a minority of patients never obtains the full benefit their physicians expect. With a better understanding of how DBS acts on brain circuits, researchers hope to make DBS an even more effective treatment.

Computers Mimic the Function of the Brain

Researchers are always searching for improved technologies, but the most efficient computer possible already exists. It can learn and adapt without needing to be programmed or updated. It has nearly limitless memory, is difficult to crash, and works at extremely fast speeds. It's not a Mac or a PC; it's the human brain. And scientists around the world want to mimic its abilities. Both academic and industrial laboratories are working to develop computers that operate more like the human brain. Instead of operating like a conventional, digital system, these new devices could potentially function more like a network of neurons. A team of Northwestern researchers have accomplished a new step forward in electronics that could bring brain-like computing closer to reality. The team's work advances memory resistors, or ‘memristors’, which are resistors in a circuit that remember how much current has flowed through them. They are using single-layer molybdenum disulfide (MoS2), a thin 2D nanomaterial semiconductor. Much like the way fibers are arranged in wood, atoms are arranged in a certain direction (called grains) within a material. The sheet of MoS2 that they used has a well-defined grain boundary, which is the interface where two different grains come together.

People can control prosthetic limbs, computer programs and even remote-controlled helicopters with their mind, all by using brain-computer interfaces. What if we could harness this technology to control things happening inside our own body? A team of bioengineers in Switzerland has taken the first step toward this cyborglike setup by combining a brain-computer interface with a synthetic biological implant, allowing a genetic switch to be operated by brain activity. It is the world's first brain-gene interface. The group started with a typical brain-computer interface, an electrode cap that can register subjects' brain activity and transmit signals to another electronic device. In this case, the device is an electromagnetic field generator; different types of brain activity cause the field to vary in strength. The next step, however, is totally new—the experimenters used the electromagnetic field to trigger protein production within human cells in an implant in mice. The implant uses a cutting-edge technology known as optogenetics. 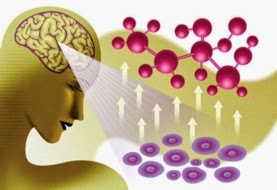 The researchers inserted bacterial genes into human kidney cells, causing them to produce light-sensitive proteins. Then they bioengineered the cells so that stimulating them with light triggers a string of molecular reactions that ultimately produces a protein called secreted alkaline phosphatase (SEAP), which is easily detectable. They then placed the human cells plus an LED light into small plastic pouches and inserted them under the skin of several mice. Human volunteers wearing electrode caps either played Minecraft or meditated, generating moderate or large electromagnetic fields, respectively, from a platform on which the mice stood. The field activates the implant's infrared LED, which triggers the production of SEAP. The protein then diffuses across membranes in the implant into the mice's bloodstream. Playing Minecraft produced moderate levels of SEAP in the mice's bloodstream, and meditating produced high levels. A third type of mental control, known as biofeedback, involved the volunteers watching the light, thereby turning SEAP production on or off.