On Friday the 24th of November 2017, I gave an invited talk entitled “Virtual and Augmented Reality for Underwater Cultural Heritage” at the Virtual Multi-Modal Museum (ViMM) TA4 WG meeting which took place at FORTH, Crete, Greece. 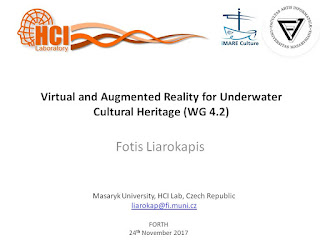 The first part of my talk presented the state of the art in virtual and augmented reality in underwater environments. The second part showed results obtained from the first year of the iMareCulture project including virtual Mazotos shipwreck as well as improvements in underwater augmented vision.

Modern virtual reality (VR) is a treat for the senses. Well, two of them at least. Up to now, sight and sound have been the staple of VR environments. Haptic feedback is starting to allow for basic touch, but the next radical evolution in VR could actually come via your nose (and/or mouth).  VR headsets are becoming household items, whether they're run by phones or gaming systems. And as this medium becomes increasingly common, demands for more immersive experiences are sure to follow. The Vocktail was developed by researchers at the National University of Singapore. The Vocktail fools the senses, through the use of light, smell and virtualized taste, to make whatever is in the glass (even tap water) taste like anything. 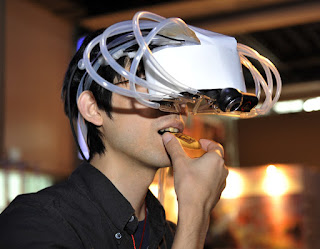 Gastronomical fantasies are even finding their way into adult entertainment. Internet streaming site Camsoda developed a VR scent machine it's calling the OhRoma. This $200 device augments the VR camgirl experience with 30 different scents. When VR experiences are enhanced with scents and tastes, their therapeutic effects can be multiplied. For example, the smell of gunpowder might be used in treating certain cases of PTSD, or lavender, to create a calming effect. In the future, Li ventures, we could use VR to trick our brains into eating healthier, both for ourselves and the planet. To make the experience more lifelike, researchers are also working on a sensor that actively detects the scents in the model's room and adjusts the OhRoma's output to match.

Researchers at the University of York have discovered a link between young people's ability to perform well at two popular video games and high levels of intelligence. Studies carried out at the Digital Creativity Labs (DC Labs) at York found that some action strategy video games can act like IQ tests. The York researchers stress the studies have no bearing on questions such as whether playing computer games makes young people smarter or otherwise. They simply establish a correlation between skill at certain online games of strategy and intelligence. The researchers focused on 'Multiplayer Online Battle Arenas' (MOBAs) - action strategy games that typically involve two opposing teams of five individuals - as well as multiplayer 'First Person Shooter' games. These types of games are hugely popular with hundreds of millions of players worldwide. The team from York's Departments of Psychology and Computer Science carried out two studies. The first examined a group of subjects who were highly experienced in the MOBA League of Legends - one of the most popular strategic video games in the world with millions of players each day. 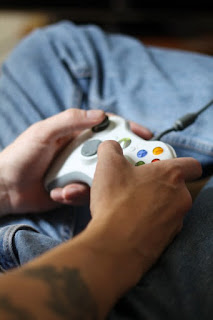 In this study, the researchers observed a correlation between performance in the strategic game League of Legends and performance in standard paper-and-pencil intelligence tests. The second study analysed big datasets from four games: Two MOBAs (League of Legends and Defence of the Ancients 2 (Dota 2) and two 'First Person Shooters' (Destiny and Battlefield 3). First Person Shooters (FPSs) are games involving shooting enemies and other targets, with the player viewing the action as though through the eyes of the character they are controlling. In this second study, they found that for large groups consisting of thousands of players, performance in MOBAs and IQ behave in similar ways as players get older. But this effect was not found for First Person Shooters, where performance declined after the teens. The researchers say the correlation between ability at action strategy video games such as League of Legends and Defence of the Ancients 2 (Dota 2) and a high IQ is similar to the correlation seen in other more traditional strategy games such as chess. Concluding, player's performance in these games can be a measure of intelligence.

If you bought your first mobile phone in the early-to-mid-2000s, there's a good chance that it was a Nokia and it had the game Snake preinstalled. While mobile gaming has moved on to bigger things, those who still yearn for simple games with a dose of the future can now play a Snake-like in AR via ARSnake for iPhone and iPad. For the youngsters out there, Snake is simple: guide your snake within a square grid towards food, which increases the snake's length, while avoiding the walls or your own tail. The game has enjoyed a revival in recent years as a multiplayer online version of the game called Slither.io (iOS | Android). That smartphone version adds a survival element, where you must also avoid running into other snakes.

ARSnake takes the Slither.io aesthetic and adds a third dimension to the gameplay. AR ends up being the ideal environment to navigate the game's dynamic. In ARSnake, you swipe left and right to move horizontally, and up and down to dive or ascend the aquarium-like space, collecting coins, stars, and food along the way. Players can opt for manual or auto tracking of their reptilian avatars, with a speed boost available for those who feel the need. While it does require iOS 11, the game doesn't appear to run on ARKit, as it is compatible with older iPhone and iPad models that do not meet the hardware requirements for the platform. This is evident after a few minutes of gameplay, as the AR elements don't anchor to surfaces.

There are a lot of companies working on medical apps for VR headsets right now, but they’re mainly designed to work with expensive haptic peripherals or to be sold to hospitals at a high price. Scalpel VR wants to bring realistic surgical training to everyone. Scalpel VR is developed by researchers at Imperial College London’s Department of Surgery and Cancer. Instead of state of the art training equipment, the app only requires you own an Oculus Rift, HTC Vive or Windows headset and their respective motion controllers. These tools could be all you need to test your hand at making accurate incisions. 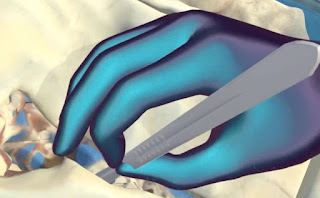 Using various data sets, Scalpel VR allows you to take scalpel in hand and attempt to make accurate incisions into flesh. It’s not a simple case of one slice, but identifying the areas you need to detach for operation. You won’t just be experimenting with humans but also (virtual) dead animals. The app’s final release will include a range of different surgeries complete with instructions allowing you to practice each procedure carefully. Obviously in this day and age, you could probably find detailed guides to carrying out these surgeries online, but widely available software that allows anyone to realistically simulate carrying them out is another matter.

Google has been making a punch in the AR and VR market to establish its authority. In the same approach, it has launched a new SDK which will allow developers to easily integrate spatial audio. The SDK will be known as Resonance Audio. Resonance Audio is based on Google’s VR Audio SDK but is specially designed to work on desktop and mobile platforms. Resonance Audio is also compatible with 360 videos and AR. Google also said that SDK is comprised of highly optimised digital signal processing algorithm based on higher order Ambisonics to specialize different 3D sound sources. So, developers can put hundreds of spatial sound sources from with an experience without putting much strain on hardware. Google has assured that this will not affect the audio quality on any platform. 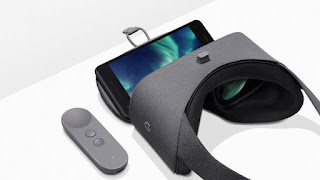 Resonance audio also gives better audio control to the developers. Developers can control the direction of acoustic waves to create more realistic sounds. For example, if someone is playing any musical instrument in AR or VR, then developers could program the sound in such way that when you are close to the instrument you will hear louder than being away from it. Resonance Audio SDK works with Android, iOS, Windows, Linux, Mac and can be integrated easily with Unity and Unreal. So, developers will not have to worry about translating audio across the wide variety of headsets out there. This release comes a week after Google has come up with object library Poly which indicated that company is seriously making an effort to dominate others in the AR and VR field. Users can find the SDK on GitHub.