On the 5th of September 2018, I presented a co-authored paper at the 10th International Conference on Virtual Worlds and Games for Serious Applications (VS-Games 2018), which was held in Würzburg, Germany. The paper was entitled "A Model for Eye and Head Motion for Virtual Agents" and proposed a model for generating head and eye movements during gaze shifts of virtual characters, including eyelid and eyebrow motion. 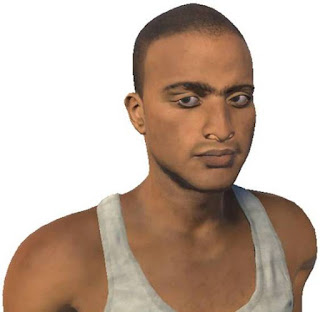 A user study with 30 participants evaluated the communicative accuracy and perceived naturalness of the model. Results showed that the model communicates gaze targets with an accuracy that closely matches that of a human confederate. The implementation can be used as-is in applications where virtual characters act as idle bystanders or observers, or it can be paired with a lip synchronization solution.

Since the reveal that Sony are indeed working on a successor to the PlayStation 4, there has been a great deal of speculation on if the company are intending on continuing with virtual reality (VR) for the new console. A new patent filed by Sony suggests that the future of VR for Sony will involve hand-tracking. Though for the most part the PlayStation VR has been positively received by users, one of the most criticised elements of the set-up has been the PlayStation Move controllers, and the new patent would ditch the controllers entirely and see players controlling VR using just their hands. The patent, published on 11th October, 2018, is titled ‘Gaming Device With Rotatably Placed Cameras’. The patent was looked at more closely as analysts and fans began speculation on what shape the ‘PlayStation 5’ might take. The specifics of the patent describes a system which can identify fingers on a hand by using devices mounted on each wrist, similar to a wristwatch or fitness tracker, which transmits infrared light. 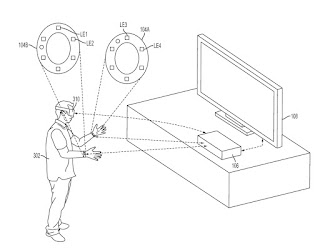 Cameras on the headset can pick up this light, while cameras on the wrist device identify the location and position of the fingers. This would create an inside-out tracking system, which would replace the current tracking method used by the PlayStation VR, which uses a two-lens camera to track the headset, Dual Shock 4 controller and PlayStation Move controllers. The patent also mentions the potential for trackers mounted on the ankles, which could incorporate foot tracking, which has potential for games such as FIFA, or martial-arts themed titles. There is also a suggestion that wireless transmission could be incorporated, which would allow users to enjoy VR untethered. The idea that Sony has been working on this kind of ‘daisy chain’ method for tracking has been mentioned before, and patents had previously surfaced for new controllers which utilised individual finger tracking. Only time will tell what Sony does with this technology, but VRFocus will be sure to keep reporting on it.

Researchers at the Imagineering Institute in Malaysia have found a new method that could help a person smell an occasion, and they plan to use it in AR and VR based applications. Imagine where you could get a sense of smell through mixed reality experiences. The researchers are calling this Digital Smell. Researchers have managed to do this by bringing in thin electrodes in contact with the inner lining of the human nose. Researchers are working on creating a smaller form factor of this technology so that it can be easily carried and used. The first version of the project involved chemical cartridges that mix and release chemicals to produce odors. But this was not what the team wanted moving forwards. They wanted to create a system that can produce scent through electricity alone. To create an all-electric system, they experimented with exciting the human neurons. The test requires a wire to be inserted into their nose. 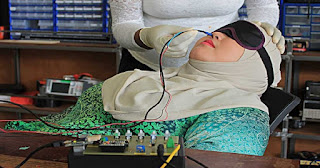 When the exposed silver tip touches the olfactory epithelium, which is located approximately 3 inches into the nasal cavity, the researchers will send an electric charge into them. The researchers varied both amperage and frequency of the current to see the smell sensations that they would create. For certain electric combinations, the perceived smells were off fruity or chemical in nature. Now the next part is to determine the exact parameters to create certain odors. Also, the team wants to redesign the device so that it is more comfortable for the users. In their testing, many participants left because they felt the procedure to be very uncomfortable. Perfecting this tech has immense possibilities, helping people with smell disorders being one of them. By including direct brain simulators in VR headsets, even content creators can help users smell things based on what they see.

Scientists at EPFL and ETH Zurich have just made a major step toward this goal with their new haptic glove, which is not only lightweight -- under 8 grams per finger -- but also provides feedback that is extremely realistic. The glove is able to generate up to 40 Newtons of holding force on each finger with just 200 Volts and only a few milliWatts of power. It also has the potential to run on a very small battery. That, together with the glove's low form factor (only 2 mm thick), translates into an unprecedented level of precision and freedom of movement. The scientists' glove, called DextrES, has been successfully tested on volunteers in Zurich and will be presented at the upcoming ACM Symposium on User Interface Software and Technology (UIST). 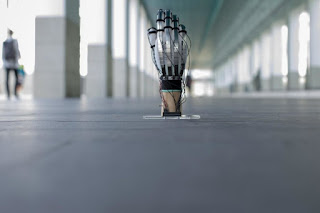 DextrES is made of nylon with thin elastic metal strips running over the fingers. The strips are separated by a thin insulator. When the user's fingers come into contact with a virtual object, the controller applies a voltage difference between the metal strips causing them to stick together via electrostatic attraction, this produces a braking force that blocks the finger's or thumb's movement. Once the voltage is removed, the metal strips glide smoothly and the user can once again move his fingers freely. For now the glove is powered by a very thin electrical cable, but thanks to the low voltage and power required, a very small battery could eventually be used instead. The system's low power requirement is due to the fact that it doesn't create a movement, but blocks one.

German industrial giant Siemens has invested in a virtual reality start-up aiming to bring the technology to heavy industry and provide a European rival to the likes of Facebook's Oculus. Siemens joined the $31m (£24m) funding round in Varjo, led by Atomico, one of London's top venture capital firms. Varjo, a two year-old Finnish start-up, has developed a virtual reality headset that offers human-eye levels of detail. The start-up is working with the likes industry giants including Airbus, Audi, Saab and Volkswagen to optimise virtual reality for their businesses. The funding is a major vote of confidence in a European challenge to Facebook-owned Oculus, which makes the Oculus Rift virtual reality headset, and Magic Leap, which is building a set to augmented reality goggles. 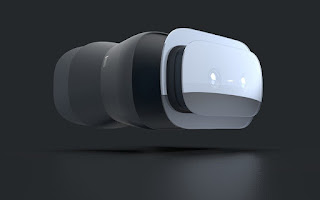 The start-up claims the level of detail its headset gives offers an additional level of precision with its virtual reality imaging. It offers in the 50 megapixels of detail per eye, 20 times that of a consumer device. Varjo said it is planning to expand its team from 80 to around 200. It will launch the first version of its headset later this year. The start-up said that by using virtual reality for precision design, industrial giants can save millions of pounds on design processes on new products. The company is made up of former Nokia and Microsoft engineers, many of whom worked on Microsoft's own Hololens headset. The start-up uses dual panels for each eye in its headset, while most headsets use just one display per eye. Varijo gained the backing from Siemens' investment vehicle Next 47.