Samsung Creates A Video From a Single Image

A new artificial intelligence system that can generate a fake video clip from a single photo has been presented. Deepfakes or fake clips that make the subjects say and do things they haven’t usually require huge datasets. This has been one of the factors keeping the technology away from bad actors. The research has resulted in a system that first performs ‘ lengthy meta-learning on a large dataset of videos, and after that is able to frame few- and one-shot learning of neural talking head models of previously unseen people as adversarial training problems with high capacity generators and discriminators. 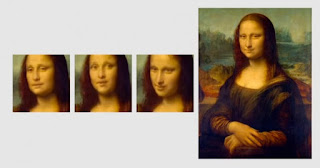 Crucially, the system is able to initialize the parameters of both the generator and the discriminator in a person-specific way, so that training can be based on just a few images and done quickly, despite the need to tune tens of millions of parameters. We show that such an approach is able to learn highly realistic and personalized talking head models of new people and even portrait paintings. The software can have fun applications like being portraits to life. But what many fear is this software will end up in the wrong hands and be used as a tool for political and social manipulation.

Inside our brains, a cashew-shaped structure called the hippocampus stores the sensory and emotional information that makes up memories, whether they be positive or negative ones. No two memories are exactly alike, and likewise, each memory we have is stored inside a unique combination of brain cells that contain all the environmental and emotional information associated with that memory. The hippocampus itself, although small, comprises many different subregions all working in tandem to recall the elements of a specific memory. Now, researchers have shown just how pliable memory is if you know which regions of the hippocampus to stimulate, which could someday enable personalized treatment for people haunted by particularly troubling memories. In their study, researchers show how traumatic memories (such as those at the root of disorders like PTSD) can become so emotionally loaded. By artificially activating memory cells in the bottom part of the brain's hippocampus, negative memories can become even more debilitating. In contrast, stimulating memory cells in the top part of the hippocampus can strip bad memories of their emotional oomph, making them less traumatic to remember. 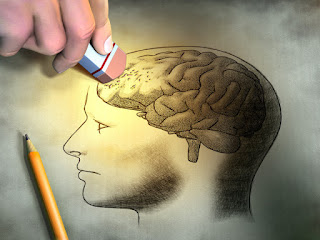 Using a technique called optogenetics, they mapped out which cells in the hippocampus were being activated when male mice made new memories of positive, neutral, and negative experiences. A positive experience, for example, could be exposure to a female mouse. In contrast, a negative experience could be receiving a startling but mild electrical zap to the feet. Then, identifying which cells were part of the memory-making process, they were able to artificially trigger those specific memories again later, using laser light to activate the memory cells. Their studies reveal just how different the roles of the top and bottom parts of the hippocampus are. Activating the top of the hippocampus seems to function like effective exposure therapy, deadening the trauma of reliving bad memories. But activating the bottom part of the hippocampus can impart lasting fear and anxiety-related behavioral changes, hinting that this part of the brain could be overactive when memories become so emotionally charged that they are debilitating. That distinction, suggests suppressing overactivity in the bottom part of the hippocampus could potentially be used to treat PTSD and anxiety disorders. It could also be the key to enhancing cognitive skills.

Using EEG to measure beta waves shows promise in detecting Parkinson’s disease in a non-invasive way. The initial diagnosis of Parkinson’s disease currently relies on a neurologist’s assessment of patients performing a series of body-movement tasks. Such subjective testing, however, can lead to misdiagnosis. In the new analysis of scalp EEG data, previously collected at the University of California San Diego from 15 Parkinson’s patients and 16 healthy control participants, researchers focused on the original unfiltered beta waves to look for specific angles and full shape of the oscillations. 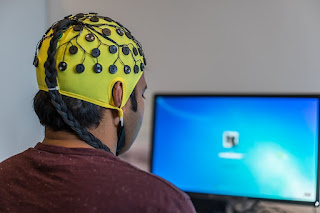 Researchers noticed that people with Parkinson’s disease appear to have sharp brain waves, suggesting a new look was warranted. When the peak is sharper at the top of the wave than in the trough, or low part of the oscillation, it is indicative of patients who are off their medications. In a large follow-up study, researchers hope to combine scalp EEG measurements with detailed medical histories and self-reports of how patients are feeling on each day of testing. Eventually, it is hoped the approach could help detect changes in the disease in individuals over time. Current treatment involves surgery to permanently implant an electric stimulator or a pharmacological approach.

AR Can Change Your Behavior

A new study from Stanford's School of Humanities and Sciences has found that AR experiences significantly affect people's behavior in the real world, even after they've taken the headset off. Using 218 participants and a pair of AR goggles, researchers conducted three experiments. The first showed a realistic 3D person called Chris sitting on a real chair in the room. Participants had to complete anagram tasks while Chris watched, and as with the presence of a real person in the room, his presence meant they found hard puzzles more difficult than without 'someone' watching them. 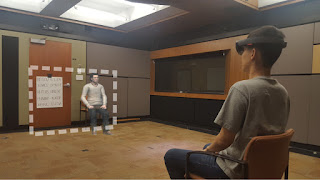 The second experiment looked at whether participants would sit in the chair previously occupied by Chris. Even though he was no longer there, none of the participants still wearing the AR headset sat in that chair. Without the headset, 72% still avoided Chris's chair and sat in the one next to it instead. In the final experiment, researchers paired a person wearing an AR headset with a person without. The two had a conversation, after which the people wearing goggles said they'd felt less of a connection with their partner.

Computers which are capable of teaching themselves to predict premature death could greatly improve preventative healthcare in the future, suggests a new study by experts at the University of Nottingham. The team of healthcare data scientists and doctors have developed and tested a system of computer-based 'machine learning' algorithms to predict the risk of early death due to chronic disease in a large middle-aged population. They found this AI system was very accurate in its predictions and performed better than the current standard approach to prediction developed by human experts. The team used health data from just over half a million people aged between 40 and 69 recruited to the UK Biobank between 2006 and 2010 and followed up until 2016. 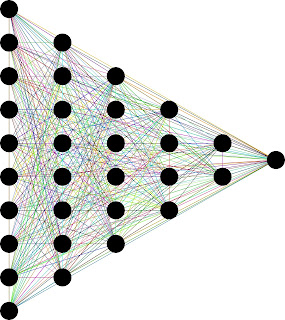 Researchers have taken a major step forward in this field by developing a unique and holistic approach to predicting a person's risk of premature death by machine-learning. This uses computers to build new risk prediction models that take into account a wide range of demographic, biometric, clinical and lifestyle factors for each individual assessed, even their dietary consumption of fruit, vegetables and meat per day. They mapped the resulting predictions to mortality data from the cohort, using Office of National Statistics death records, the UK cancer registry and 'hospital episodes' statistics. They found machine learned algorithms were significantly more accurate in predicting death than the standard prediction models developed by a human expert.