Cambridge University film provides a glimpse of how robots and humans could interact in the future. Can computers understand emotions? Can computers express emotions? Can they feel emotions? The latest video from the University of Cambridge shows how emotions can be used to improve interaction between humans and computers. When people talk to each other, they express their feelings through facial expressions, tone of voice and body postures. They even do this when they are interacting with machines. These hidden signals are an important part of human communication, but computers ignore them. 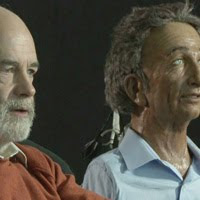 The research team is collaborating closely with researchers from the University's Autism Research Centre. Because those researchers study the difficulties that some people have understanding emotions, their insights help to address the same problems in computers. Facial expressions are an important way of understanding people's feelings. One system tracks features on a person's face, calculates the gestures that are being made and infers emotions from them. It gets the right answer over 70% of the time, which is as good as most human observers.