Researchers at Aalto University and the University of Helsinki have succeeded for the first time ever in affecting metacognition of a tactile working memory task by combining neural pathway imaging and magnetic stimulation of the brain. Understanding brain function might help in the development of new treatments for neuropsychiatric illnesses in the future. By combining different brain research methods in a versatile manner the researchers showed for the first time that transcranial magnetic stimulation of the brain targeting the prefrontal cortex can improve a test subject's ability to evaluate his or her performance in a tactile working memory task. The ability of human subjects to monitor and control their own cognitive processes is called metacognition. Metacognition is important for people and in many neuropsychiatric illnesses, it is possible to recognize that it has weakened. Transcranial magnetic stimulation refers to a method in which the nerve cells of the brain are activated from outside the skull with the help of a magnetic field. When used correctly the method is safe, and it is utilized in procedures such as pinpointing the location of the primary motor cortex or the speech area before brain surgery, and in the treatment of depression. 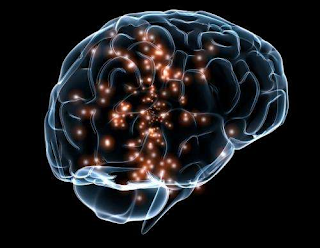 Taking part in the study as test subjects were 14 healthy volunteers. They first underwent structural magnetic resonance imaging (MRI) of the brain as well as a diffusion MRI that is sensitive to the movement of water molecules in the brain. After the MRI, the neural pathway connections between the primary somatosensory cortex and the prefrontal cortex were determined for each individual. In the last part of the study the test subjects completed working memory tasks in which they were asked to keep in mind the characteristics of touch sensations from the fingertip and to evaluate whether or not the touch stimulation that was just given was similar to or different from the previous stimulus. During the test they were given magnetic pulses to prefrontal cortex areas that had a neural pathway connection to the part of the somatosensory cortex representing the index finger. The test subjects also evaluated how certain they were about their answers, on which basis calculations were made on how well a person's own evaluation corresponded to the actual performance level. Magnetic stimulation of the prefrontal cortex improved the test subjects' evaluation of their performance, as they were able to assess more accurately if their answers had been correct or incorrect.