Snap’s new Spectacles 3 don’t look that different from their predecessors. They consist of a metal designer frame with a couple of HD cameras. In exchange for the embarrassment of wearing them, the Spectacles 3 offer the chance to shoot 3D video hands-free and then upload it to the Snapchat app, where it can be further affected. And that’s pretty much it. You can’t view the video, or anything else, in the lenses. There are no embedded displays. Still, the new Spectacles foreshadow a device that many of us may wear as our primary personal computing device in about 10 years. Based on what I’ve learned by talking AR with technologists in companies big and small, here is what such a device might look like and do. 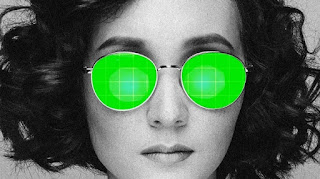 Unlike Snap’s new goggles, future glasses will overlay digital content over the real-world imagery we see through the lenses. We might even wear mixed reality (MR) glasses that can realistically intersperse digital content within the layers of the real world in front of us. The addition of the second camera on the front of the new Spectacles is important because in order to locate digital imagery within reality, you need a 3D view of the world, a depth map. The Spectacles derive depth by combining the input of the two HD cameras on the front, similar to the way the human eye does it. The Spectacles use that depth mapping to shoot 3D video to be watched later, but that second camera is also a step toward supporting mixed reality experiences in real time.