Exoskeleton Walks Out into the Real World

After years of careful development, engineers have created a boot-like exoskeleton that increases walking speed and reduces effort outside of the lab. The exoskeleton personalizes assistance as people walk normally through the real world. This robotic boot has a motor that works with calf muscles to give the wearer an extra push with every step. 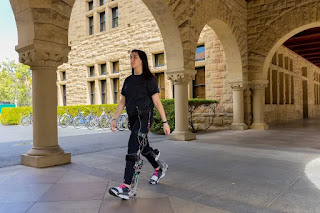 But, unlike other exoskeletons out there, this push is personalized thanks to a machine-learning-based model that was trained through years of work using emulators. The ultimate aim is to help people with mobility impairments, particularly older people, move throughout the world as they like. With this latest breakthrough, the technology is ready for commercialization in the coming few years.

Grundon has invested in a robotic arm at its Bishop's Cleeve site in Gloucestershire which can pick rubbish at a human rate. The Zen Robotics machine learns to remember plastic in a similar way to which humans learn to recognise items. The company hopes the technology will increase the volume of recyclable material Grundon can capture. The 'Fast Picker' arm is supplied by Helsinki-based supplier of robotic waste separation technology - Zen Robotics. The robot picks items that it recognises and deposits them down one of two chutes. 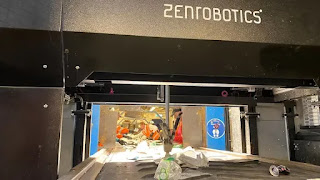 It works by scanning rubbish on a belt before deciding which items to pick - the robot then has an in-belt brain of information which it retains through training. Over time, as more items are picked, the brain identifies more waste streams, storing the information in its AI memory. Government statistics show the UK generated almost 44 million tonnes of commercial and industrial waste in 2018. The latest available estimate for England - in 2020 - was almost 34 million tonnes. Once plastic trials are complete, Grundon will begin training the robot to pick steel or aluminium cans, paper and cardboard.

Researchers at the Georgia Institute of Technology developed a system to control swarms of microbristle robots (microbots) without onboard sensing. The researchers created computational models and a live tracking system to analyze swarm behavior and motion data, to comprehend motility-induced phase separation.

They developed computational models and a live tracking system for the 300-robot swarm using computer vision. These enabled the researchers to analyze microrobots’ behavior and motion data that give rise to the swarm’s characteristics. Researchers tuned vibration levels to coax the microbots into clusters, or to disperse.