Robot With a Sense of Humour

Japanese scientists unveiled a robot with a sense of humour Tuesday, and claimed it was capable of knowing when its jokes had fallen flat. The pint-sized roller-skating EMIEW2 pronounced like the flightless bird is able to have a short conversation with a human being, without being given a script. The red and white robot picks key words from a sentence for example, ‘how many’ to try to work out what question it is being asked, then confirms the inquiry before firing back an answer. Engineers at Hitachi have programmed the android to understand a range of human responses, including non-verbal signals like nods. It uses this comprehension to determine if its interlocutor has got the joke it has just told, said scientists.

At a demonstration in Tokyo, the 80 centimetre- (32 inch-) tall device answered a question on the number of people working at the Hitachi facility with the somewhat surreal: "We have two swans." When its interlocutor appeared puzzled, the robot let on that it had been joshing. "You got it? I'm kidding. We have about 800 people working here," it drolly revealed. While the robot's sense of humour may not be very refined at present, the ability to comprehend reactions was an important step forward. The new technology makes it possible for a robot to understand what a human means, even if they only gesture. EMIEW2 its name is a rather strained acronym for ‘excellent mobility and interactive existence as workmate’.

For every thought or behavior, the brain erupts in a riot of activity, as thousands of cells communicate via electrical and chemical signals. Each nerve cell influences others within an intricate, interconnected neural network. And connections between brain cells change over time in response to our environment. Despite supercomputer advances, the human brain remains the most flexible, efficient information processing device in the world. Its exceptional performance inspires researchers to study and imitate it as an ideal of computing power. Computer models built to replicate how the brain processes, memorizes and/or retrieves information are called artificial neural networks. For decades, engineers and computer scientists have used artificial neural networks as an effective tool in many real-world problems involving tasks such as classification, estimation and control. 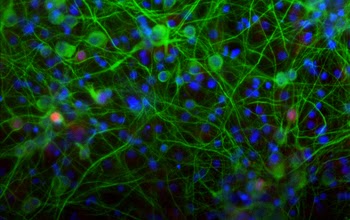 Transfer Energy to Medical Chips in the Body

A Stanford electrical engineer has invented a way to wirelessly transfer power deep inside the body, and then use this power to run tiny electronic medical gadgets such as pacemakers, nerve stimulators or new sensors and devices yet to be developed. The technology could provide a path toward a new type of medicine that allows physicians to treat diseases with electronics rather than drugs. 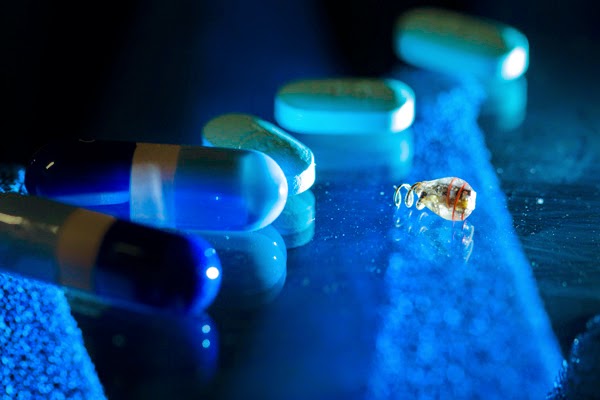 The central discovery is an engineering breakthrough that creates a new type of wireless power transfer – using roughly the same power as a cell phone – that can safely penetrate deep inside the body. An independent laboratory that tests cell phones found that her system fell well below the danger exposure levels for human safety.

Has the age of the Robocop and Terminator arrived? The U.N. thinks it might be around the corner. On Tuesday, the world body holds its first-ever multinational convention on ‘lethal autonomous weapons systems’. While fully autonomous weapons don’t really exist yet, some attendees at the convention—like the coalition of non-governmental organizations calling itself the ‘Campaign to Stop Killer Robots’—will argue that technology is moving fast in the direction of creating them. South Korea, for example, already deploys semi-autonomous machine-gun robots outside its demilitarized zone with North Korea. The Israeli Defense Forces also operates similar robotic guns on several of its borders. 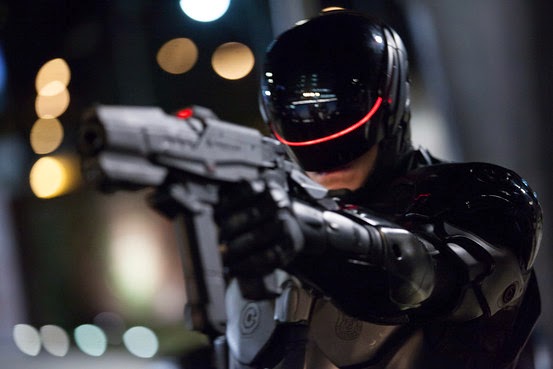 Tuesday’s meeting in Geneva is scheduled as an informal meeting of experts on lethal, autonomous weapon systems and will take place over three days in Geneva under the framework of the Convention on Certain Conventional Weapons, of which 117 states are members.  The convention aims to ban or restrict conventional weapons considered to cause unnecessary or unjustifiable suffering to combatants or civilians. It currently covers things like mines, booby traps and blinding laser weapons. The meeting will attempt first to help define what an autonomous weapon is, and whether it fits into the definition governed under the convention.

According to a new study by researchers at Concordia University, Colorado State University, Syracuse University, Hofstra University and the University of Toronto, a male gamer who chooses to play as a female character will still display signs of his true gender. In the study, researchers examined the online behaviour of 375 participants as they played a custom-built quest in World of Warcraft -- a massive multi-player game set in a fantasy world where players battle warlords, dragons, demons and each other to gain strength and abilities. The investigators' goal was to see if gender differences in online behaviour align with the offline social norms that govern appropriate behaviour for men and women. 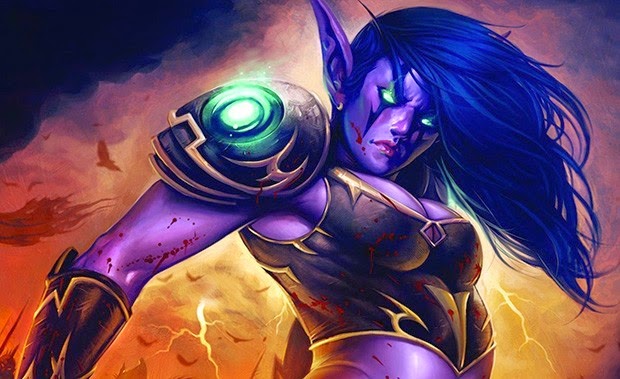 Twenty-three per cent of the study's male participants chose avatars of the opposite gender, and seven per cent of its female participants did the same. As they played, their online movement, chat and clicks on interactive objects were recorded. The researchers found that male gamers with female avatars used more emotional phrases and employed smile emoticons more often than those with male avatars. They were also more likely to choose an attractive avatar. It was with respect to movement that the male gamers with female avatars ultimately gave themselves away: they moved backwards more often and stayed further away from the group than women playing with female avatars.

Due to the success of navigation devices and smartphones, digital maps are used widely in everyday life. They guide us safely along motorways or to the next bakery as long as the map is good and clear. However, representation of many information items on small, mobile screens is not trivial. At the Karlsruhe Institute of Technology (KIT), computer scientists have now developed a method to ensure mathematically optimal adaptation of the labeling to the perspective and driving direction. Researchers, focus on mathematically exactly geovisualization. 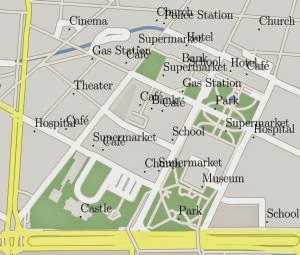 By means of the mathematical description of digital maps, the difficulty of the problem can be estimated first. For example, maximization of the number of labelings in the selected image section of the navigation device along a route is one of the mathematical problems, the so-called NP-complete problems that require most of the computing time. When increasing the number of objects in the map, the required computing capacity grows exponentially and computing capacity quickly reaches its limits, especially on mobile devices.

The small town of Alphaville, Mich., is under attack. Up to 50 hackers are trying to shut down the power grid. The local library is being used as a backdoor attack point against city hall. There's an encrypted bug being planted on the local elementary school's mainframe, and residents are finding that their desktop  computers are being turned into zombie clients, further compromising security in this normally quiet village.

Thankfully, Alphaville only exists electronically. It's a collection of virtual machines and computers networked together and assigned security levels modeled on how real towns across the country are actually configured. It exists as part of the Michigan Cyber Range, a network and classroom designed to enable the testing of cybersecurity attacks and defense methods in as realistic an environment as possible.

On 1st May 2014, I gave an invited talk to the University of Warwick, Department of Computer Science, Coventry, West Midlands, UK. The title of my presentation was ‘Brain Computer Interfaces for Serious Games and Virtual Environments’. The presentation provided examples of how BCIs can be used for controlling serious games and virtual environments as well as examining brain activity. Three different EEG-based BCI devices were evaluated and recorded feedback indicates that the current state of BCIs can be used in the future as alternative game interfaces after familiarization and in some cases calibration. In terms of recording brain activity, results reveal the existence of differences in the brain activity during engagement with different categories of game genres.