3D Map of the Adolescent Universe

Using extremely faint light from galaxies 10.8-billion light years away, scientists have created one of the most complete, three-dimensional maps of a slice of the adolescent universe. The map shows a web of hydrogen gas that varies from low to high density at a time when the universe was made of a fraction of the dark matter we see today. The new study was done at the Max Planck Institute for Astronomy in conjunction with researchers at Berkeley Lab and UC Berkeley. 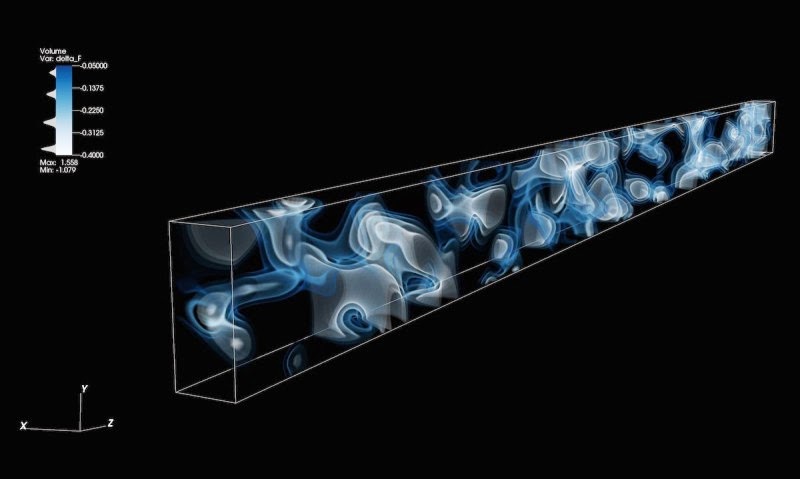 In addition to providing a new map of part of the universe at a young age the work demonstrates a novel technique for high-resolution universe maps. The new technique, which uses distant galaxies to backlight hydrogen gas, might inform future mapping projects, he says. One such project could be the proposed Dark Energy Spectroscopic Instrument (DESI). Managed by Berkeley Lab, DESI has the goal of producing the most complete map of the universe yet.

Computer-based cognitive-training software –popularly known as brain games– claim a growing share of the marketplace. The Stanford Center on Longevity and the Berlin Max Planck Institute for Human Development gathered many of the world’s leading cognitive psychologists and neuroscientists to share their views about brain games and offer a consensus report to the public. The search for effective means of mitigating or postponing age-related cognitive declines has taught most of us to recognize the enormous complexity of the subject matter. Like many challenging scientific topics, this is a devil of many details. The consensus of the group is that claims promoting brain games are frequently exaggerated and at times misleading. Cognitive training produces statistically significant improvement in practiced skills that sometimes extends to improvement on other cognitive tasks administered in the lab. In some studies, such gains endure, while other reports document dissipation over time. Any mentally effortful new experience, such as learning a language, acquiring a motor skill, navigating in a new environment, and playing computer games, will produce changes in those neural systems that support acquisition of the new skill. As we take a closer look at the evidence on brain games, one issue needs to be kept in mind: It is not sufficient to test the hypothesis of training-induced benefits against the assumption that training brings no performance increases at all. Rather, we need to establish that observed benefits are not easily and more parsimoniously explained by factors that are long known to benefit performance, such as the acquisition of new strategies or changes in motivation. It is well established, that improvements on a particular memory task often result from subtle changes in strategy that reflect improvement in managing the demands of that particular task. Such improvement is rewarding for players (the fun factor) but does not imply a general improvement in memory. In fact, the notion that performance on a single task cannot stand in for an entire ability is a cornerstone of scientific psychology. Claims about brain games often ignore this tenet. In psychology, it is good scientific practice to combine information provided by many tasks to generate an overall index representing a given ability. According to the American Psychological Association, newly developed psychological tests must meet specific psychometric standards, including reliability and validity. The same standards should be extended into the brain game industry. 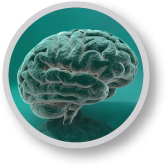 To date, there is little evidence that playing brain games improves underlying broad cognitive abilities, or that it enables one to better navigate a complex realm of everyday life. Some intriguing isolated reports do inspire additional research, however. For instance, some studies suggest that both non-computerized reasoning and computerized speed-of-processing training are associated with improved driving in older adults and a reduction in the number of accidents. Another study revealed, for a sample of younger adults, that 100 days of practicing 12 different computerized cognitive tasks resulted in small general improvements in the cognitive abilities of reasoning and episodic memory, some of which were maintained over a period of two years. In other studies, older adults have reported that they felt better about everyday functioning after cognitive training, but no objective measures supported that impression. Additional systematic research is needed to replicate, clarify, consolidate, and expand such results. In a balanced evaluation of brain games, we also need to keep in mind opportunity costs. Research on aging has shown that the human mind is malleable throughout life span. In developed countries around the world, later-born cohorts live longer and reach old age with higher levels of cognitive functioning than those who were born in earlier times. When researchers follow people across their adult lives, they find that those who live cognitively active, socially connected lives and maintain healthy lifestyles are less likely to suffer debilitating illness and early cognitive decline in their golden years than their sedentary, cognitively and socially disengaged counterparts. The goal of research on the effectiveness of computer-based cognitive exercise is to provide experimental evidence to support or qualify these observations. Some of the initial results are promising and make further research highly desirable. However, at present, these findings do not provide a sound basis for the claims made by commercial companies selling brain games. Many scientists cringe at exuberant advertisements claiming improvements in the speed and efficiency of cognitive processing and dramatic gains in intelligence, in particular when these appear in otherwise trusted news sources. In the judgment of the signatories below, exaggerated and misleading claims exploit the anxiety of adults facing old age for commercial purposes. Perhaps the most pernicious claim, devoid of any scientifically credible evidence, is that brain games prevent or reverse Alzheimer’s disease.

Today I have attended a talk at Vienna University at the Qualcomm Augmented Reality Lecture Series. The speaker was Dr. Ernst Kruijff who is a senior researcher specialized in the analysis, design, and validation of 3D user interfaces. He works at the Institute of Visual Computing, Bonn-Rhein-Sieg University of Applied Sciences, as head of the 3DMi group. 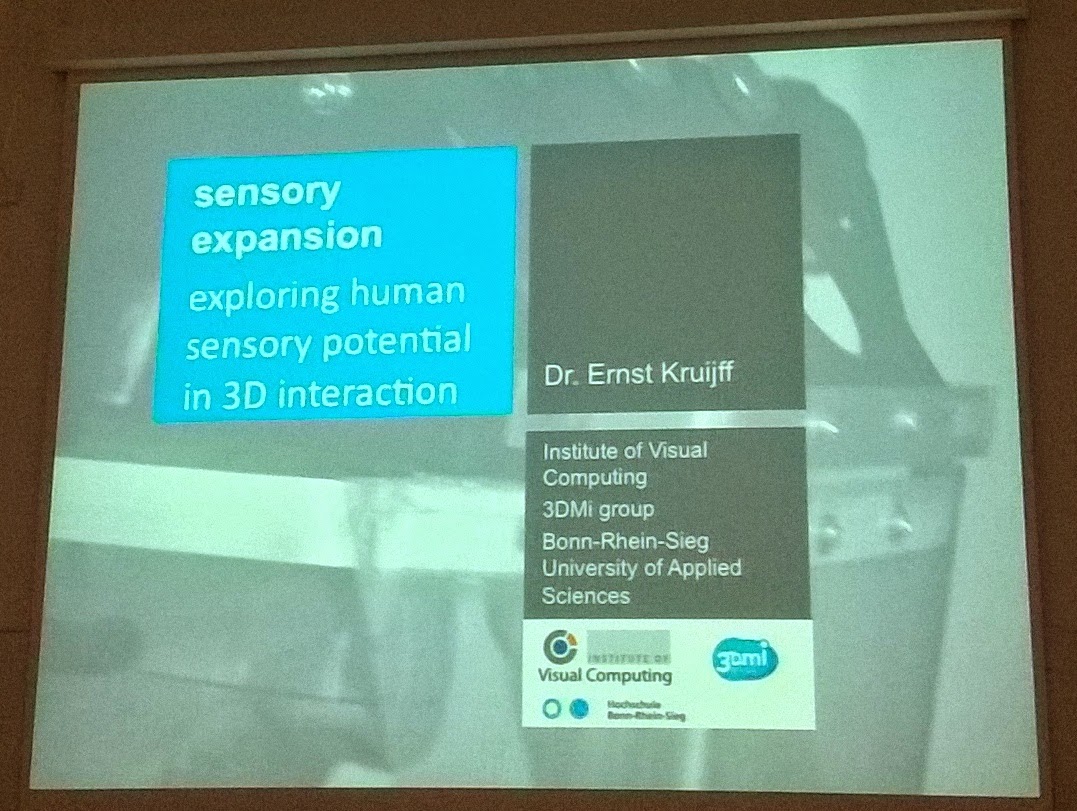 The title of his talk was ‘Sensory expansion: exploring human sensory potential in 3D interaction’. The presentation focused on the extended stimulation of senses in interactive systems. In particular, it explored several innovative 3D interface projects that expand the senses by offering sensory rich feedback.

A study led by University of Toronto psychology researchers has found that people who play action video games such as Call of Duty or Assassin's Creed seem to learn a new sensorimotor skill more quickly than non-gamers do. A new sensorimotor skill, such as learning to ride a bike or typing, often requires a new pattern of coordination between vision and motor movement. With such skills, an individual generally moves from novice performance, characterized by a low degree of coordination, to expert performance, marked by a high degree of coordination. As a result of successful sensorimotor learning, one comes to perform these tasks efficiently and perhaps even without consciously thinking about them. To find out, they set up two experiments. In the first, 18 gamers (those who played a first-person shooter game at least three times per week for at least two hours each time in the previous six months) and 18 non-gamers (who had little or no video game use in the past two years) performed a manual tracking task. Using a computer mouse, they were instructed to keep a small green square cursor at the centre of a white square moving target which moved in a very complicated pattern that repeated itself. The task probes sensorimotor control, because participants see the target movement and try to coordinate their hand movements with what they see. 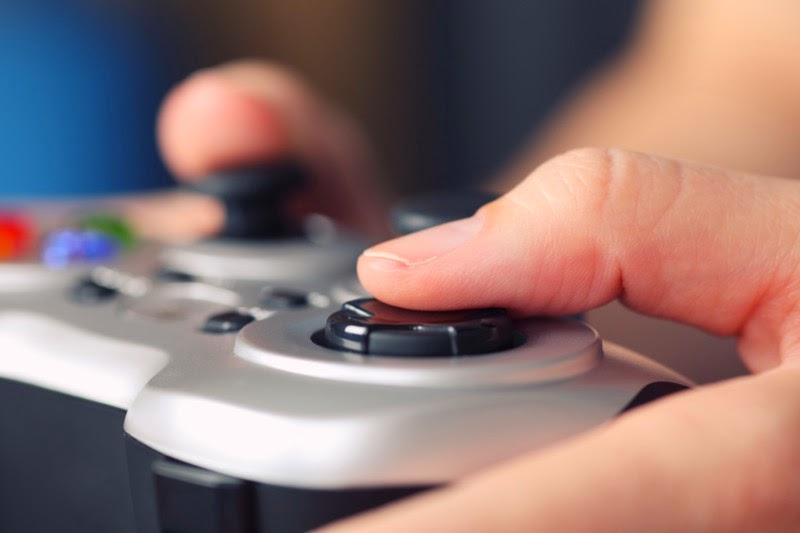 In the early stages of doing the tasks, the gamers' performance was not significantly better than non-gamers. This suggests that while chronically playing action video games requires constant motor control, playing these games does not give gamers a reliable initial advantage in new and unfamiliar sensorimotor tasks. By the end of the experiment, all participants performed better as they learned the complex pattern of the target. The gamers, however, were significantly more accurate in following the repetitive motion than the non-gamers. This is likely due to the gamers' superior ability in learning a novel sensorimotor pattern, that is, their gaming experience enabled them to learn better than the non-gamers. In the next experiment, the researchers wanted to test whether the superior performance of the gamers was indeed a result of learning rather than simply having better sensorimotor control. To eliminate the learning component of the experiment, they required participants to again track a moving dot, but in this case the patterns of motion changed throughout the experiment. The result this time: neither the gamers nor the non-gamers improved as time went by, confirming that learning was playing a key role and the gamers were learning better. One of the benefits of playing action games may be an enhanced ability to precisely learn the dynamics of new sensorimotor tasks.

The 29-year-old Brazilian (Juliano Pinto a former athlete) was paralyzed from the waist down following a 2006 car crash. His prognosis was life in a wheelchair. But this year, something changed. An international team of 150 scientists, in a sprawling project that cost $14 million, built an exoskeleton that straps to Pinto’s body. He controls it with his mind. And on June 12, during the opening ceremony of the World Cup in São Paulo, Brazil, he thought-controlled that exoskeleton to stand on his own two feet and kick a soccer ball. 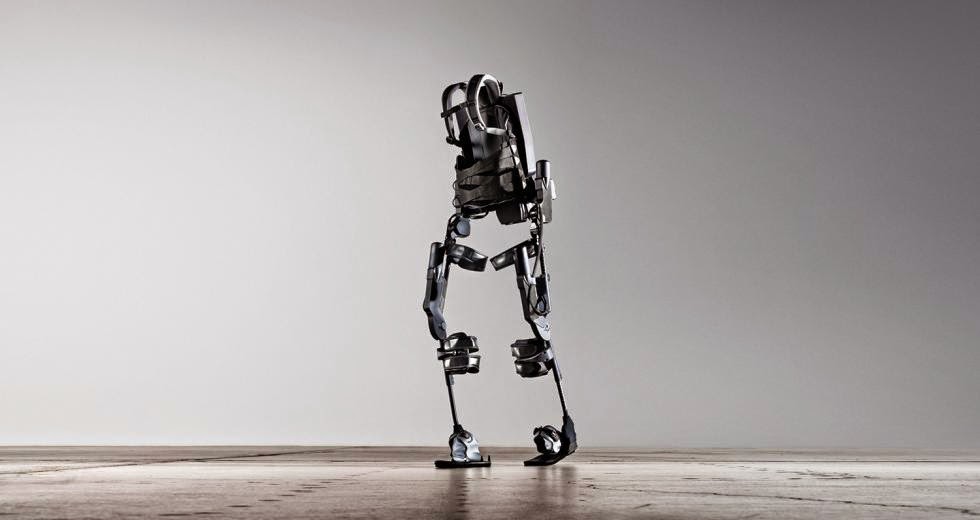 It looked like an early prototype of Iron Man. Such is the promise of Brain Control Interface technology, or BCI. The mysteries of the brain have captured the imaginations of scientists for centuries, and we are now, finally, inching toward a reality in which we can use computers to tap into the brain, decode its signals and use that information to operate machines, robots or exoskeletons just by thinking. There are 6 million people in the United States who are paralyzed. Wide-spread, thought-controlled medical solutions won’t be available tomorrow or next month or even next year.