Neuroscience and Free Will

It happens hundreds of times a day: We press snooze on the alarm clock, we pick a shirt out of the closet, we reach for a beer in the fridge. In each case, we conceive of ourselves as free agents, consciously guiding our bodies in purposeful ways. But what does science have to say about the true source of this experience? In a classic paper published almost 20 years ago, psychologists made a revolutionary proposal: The experience of intentionally willing an action, they suggested, is often nothing more than a post hoc causal inference that our thoughts caused some behavior. The feeling itself, however, plays no causal role in producing that behavior. This could sometimes lead us to think we made a choice when we actually didn’t or think we made a different choice than we actually did. But there’s a mystery here. Suppose, that we observe ourselves (unconsciously) perform some action, like picking out a box of cereal in the grocery store, and then only afterwards come to infer that we did this intentionally. If this is the true sequence of events, how could we be deceived into believing that we had intentionally made our choice before the consequences of this action were observed? 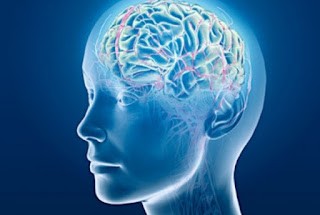 This explanation for how we think of our agency would seem to require supernatural backwards causation, with our experience of conscious will being both a product and an apparent cause of behavior. A recent study explored a radical solution to this puzzle. Perhaps in the very moments that we experience a choice, our minds are rewriting history, fooling us into thinking that this choice—that was actually completed after its consequences were subconsciously perceived—was a choice that we had made all along. Though the precise way in which the mind could do this is still not fully understood, similar phenomena have been documented elsewhere. For example, we see the apparent motion of a dot before seeing that dot reach its destination, and we feel phantom touches moving up our arm before feeling an actual touch further up our arm. Postdictive illusions of this sort are typically explained by noting that there’s a delay in the time it takes information out in the world to reach conscious awareness: Because it lags slightly behind reality, consciousness can anticipate future events that haven’t yet entered awareness, but have been encoded subconsciously, allowing for an illusion in which the experienced future alters the experienced past. 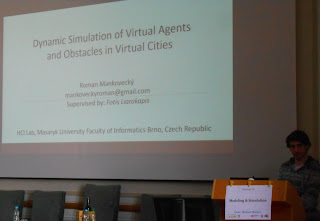 The paper investigates a simple model for simulating virtual crowds for virtual environments and computer games. This model is based on the social forces model and enhanced using Monte Carlo simulation. Special focus was given on the behavior of the actual simulation.

A collaborative research team has found humanoid robotics and computer avatars could help rehabilitate people suffering from social disorders such as schizophrenia or social phobia. It is thanks to the theory of similarity, which suggests that it is easier to interact socially with someone who looks, behaves or moves like us. Researchers from the University of Bristol, in collaboration with colleagues at the Universities of Exeter, Montpellier and Naples Federico II, have developed a system to enable a robot or computer avatar to interact with a patient whilst playing a version of the mirror game, in which two players try to copy each other's motion whilst playing with coloured balls that can move horizontally on a string. Initially the avatar is like an alter ego, created to look and move like the patient to enhance his or her feelings of attachment. 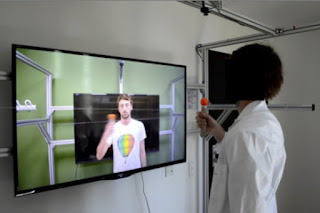 Over time the avatar is slowly altered to become less similar, therefore helping with social rehabilitation. The results show that players sharing similar movement features, or motor signature, interact and co-ordinate better. This can be used for rehabilitation of patients with serious social disorders as an avatar can be created to act like an alter ego, programmed to look and move like the patient to enhance his or her feelings of attachment. The research used the principles of dynamical systems and feedback control theory to embed the avatar with enough 'intelligence' to synchronise and respond to the motion of the human player. The researchers now wish to build on the technology and set-up multiple human-machine interaction for social rehabilitation and make groups of people and avatars interact with each other to perform joint tasks together.

How Does The Human Brain Create Consciousness

The problem with going any further than this correlational fact is that no one knows how to define consciousness from an objective, third-person perspective. We only have access to one consciousness: our own. Every other consciousness is in a sense inferred from behavior. This process of inference is a social process. We treat people as conscious because they seem conscious to us, and this seeming is a product of both our evolved perceptual systems and the cultural systems that operate on top of them. The fact that people disagree about whether a particular animal species is conscious or not suggests that there is no universal intuition about consciousness. 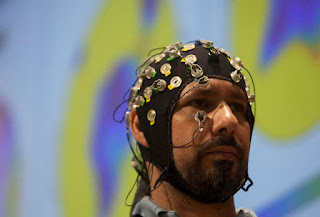 Descriptions like this also reveal why neuroscience will always struggle to study consciousness in all its private glory. We never actually see consciousness. All we see are its consequences in behavior. So when we look for the neural correlates of consciousness, what we are really looking for are the neural correlates of certain measurable behaviors that we think are closely related with consciousness, such as attention, self-awareness, access to information, and (perhaps most important) the ability to comprehend and communicate. If there is a type of consciousness that we are incapable of acting upon or even remembering then we will simply be unable to study it from a scientific perspective.

The Samsung Gear VR is a piece of hardware that, combined with compatible smartphone, can provide you with an immersive virtual reality experience that you won’t soon forget. For many, this will be your first VR headset and your introduction to virtual reality. 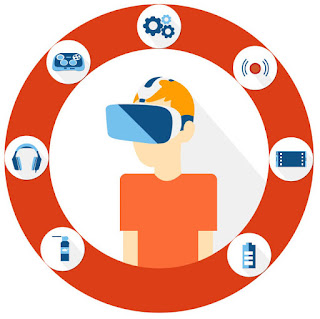 This article will introduce all the undocumented tricks and hacks with the Samsung Gear VR, including how to get the best image quality, how to run third party software and how to hide videos you don’t want other people to see.

AR/VR investment seems to be getting big increase. Digi-Capital's latest quarterly Augmented/Virtual Reality Report and Deals Database analyzed $1.7 billion of AR/VR VC investments in the 12 months to Q1 2016. Almost $1.2 billion was invested in the first quarter of this year alone, with around $800 million going into Magic Leap. To put this in perspective, $1.2 billion dollars is 25x the level of AR/VR investment two years ago in Q2 2014. Even without Magic Leap's monster round, the remaining Q1 2016 investment was 45% higher than the previous quarter. 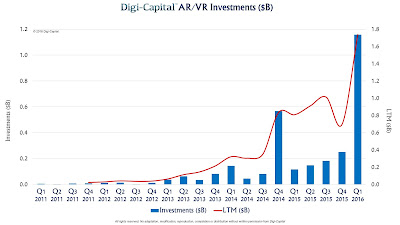 The leading AR/VR investment sectors in the last year were AR/VR hardware, video, solutions/services, games, advertising/marketing, consumer apps, distribution, tech and peripherals. Despite the early stage of the market, there are already 4 AR/VR unicorns including Magic Leap ($4.5 billion), Oculus ($2 billion), Blippar ($1.5 billion) and Mindmaze ($1 billion). VCs and corporate in both the US and China have developed a laser like focus on AR/VR, with investment now coming from both dedicated AR/VR funds and the cream of Sand Hill Road investors. Increased investor competition also means that AR/VR rounds are increasing in both size and valuation.