A 3D simulation company Simudyne developed a simulation platform that allows to take big data from lots of sources, map them to a computer simulation of their actual business and visualize them in 3D on desktops or tablets. People can make as many mistakes as they want to, that's how we learn, so then they can use that experience in the real world to help them reduce risk and ensure the best decision possible is made. 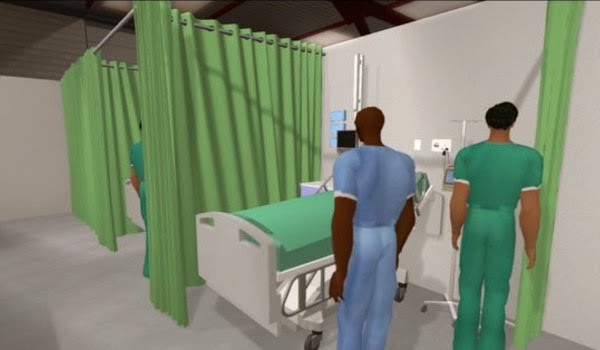 Simudyne takes data and using its Simucore programme uses non-linear equations to create the thinking behind the simulations. Simucore runs in the Cloud - Windows Azure in fact, we call it Simudyne Windows Azure - and provides an integrated virtual estates environment that creates 2D or 3D visualisations. Essentially, the programme consumes the external world and plugs it into an internal decision making platform.

A new generation of online games don't just provide entertainment – they help scientists solve puzzles involving genes, conservation and the universe. For all their virtual accomplishments, gamers aren't feted for their real-world usefulness. But that perception might be about to change, thanks to a new wave of games that let players with little or no scientific knowledge tackle some of science's biggest problems. And gamers are already proving their worth. In 2011, people playing Foldit, an online puzzle game about protein folding, resolved the structure of an enzyme that causes an Aids-like disease in monkeys. Researchers had been working on the problem for 13 years. The gamers solved it in three weeks. 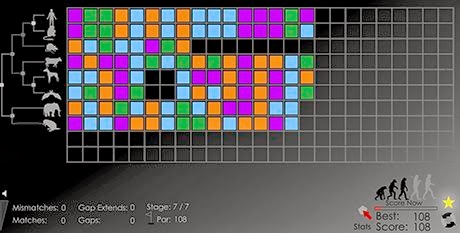 A year later, people playing an astronomy game called Planet Hunters found a curious planet with four stars in its system, and to date, they've discovered 40 planets that could potentially support life, all of which had been previously missed by professional astronomers. On paper, gamers and scientists make a bizarre union. But in reality, their two worlds aren't leagues apart: both involve solving problems within a given set of rules. Genetic analysis, for instance, is about finding sequences and patterns among seemingly random clusters of data. Frame the analysis as a pattern-spotting game that looks like Candy Crush, and, while aligning patterns and scoring points, players can also be hunting for mutations that cause cancer, Alzheimer's disease or diabetes.

Now it’s not just people – robots are also connected by internet thanks to RoboEarth. Next week, after four years of research, scientists at Eindhoven University of Technology (TU/e), Philips and four other European universities will present this online platform through which robots can learn new skills from each other worldwide – a kind of ‘Wikipedia for robots’. This brings the development of robots that can carry out caring or household tasks a big step closer. 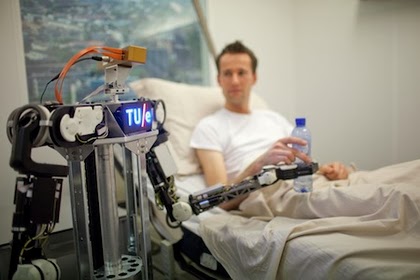 The greying population means there is an urgent future need for robots to take over caring or household tasks. To enable robots to successfully lend a mechanical helping hand, they need to be able to deal flexibly with new situations and conditions. For example you can teach a robot to bring you a cup of coffee in the living room, but if some of the chairs have been moved the robot won’t be able to find you any longer. Or it may get confused if you’ve just bought a different set of coffee cups.

It's the dream of many users to control one's computer by simply thinking at it. Now, thanks to a team in New York City, that dream is closer to reality. A Brooklyn, based pair pooled their resources to launch the OpenBCI project. Their mission: to create an affordable EEG-reading headset device that allows access to high-quality, raw EEG data with minimal power consumption but forsaking the use of any blackbox algorithms or proprietary hardware designs. Rather than try to get a company to invest in making OpenBCI a reality, they've elected instead to sponsor the large-scale manufacture of production-quality OpenBCI units through a Kickstarter project. The project was launched with a $100,000 goal. If the project reaches $150,000 in donations, an accelerometer will be added as a standard element to every OpenBCI board. The OpenBCI controller uses the Texas Instruments ADS1299 Analog Front End IC, and the open source software used to drive the board will be available with interfaces for multiple languages and a number of existing open source EEG signal processing applications. 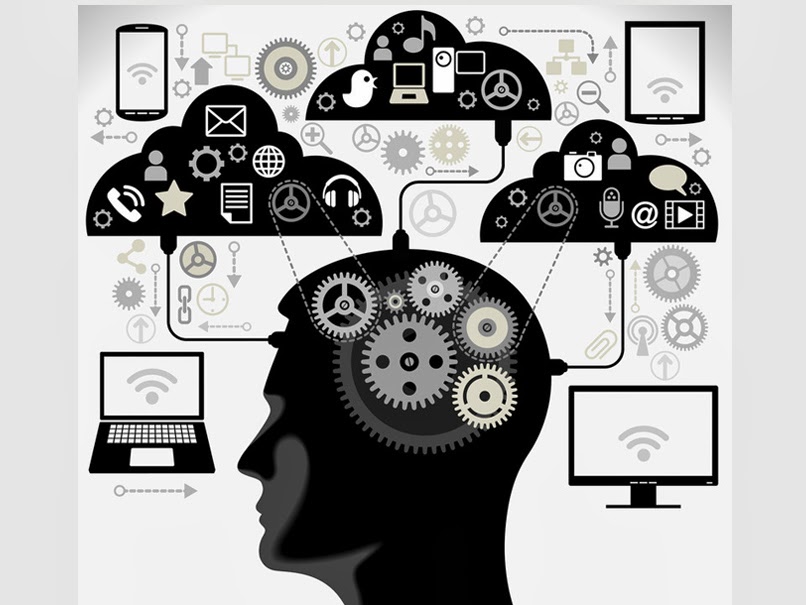 Another key part of the project is how the headgear -- which is worn by the user to place the electrodes against the skull -- is an open design, and it can be configured on a per-user basis. Two previous iterations of the OpenBCI board have already been developed and made into prototypes, which connect to the Arduino hobby computer. The first iteration was unveiled in September 2013 at Maker Faire NYC; the second, a factory prototype, was released two months later. The third version, which includes Bluetooth LE connectivity and a number of other improvements, is set to be released sometime around April 2014. Using the brain to control a PC is still very much a prototypical technology, but is shaping up in fits and starts. Back in 2008, quadriplegics could use a brain interface to move an onscreen cursor without lifting a finger. As of 2011, Japanese government researchers had developed a wheelchair that could be controlled with thought. The company Guger Technologies created a thought-typing system, which allows a user to type by simply thinking about the letters they want to use.

Our Brains Have a Map for Numbers

Without having to count, you can make a good guess at how many purchases the shopper in front of you is making. She may think she’s pulling a fast one, but thanks to the brain’s refined sense for quantity, she’s not fooling anyone. This ability to perceive numerosity – or number of items – does more than help prevent express lane fraud; it also builds the foundation for our arithmetic skills, the economic system and our concept of value. Until recently, it’s remained a puzzle how the brain allows us to so quickly and accurately judge quantity. Neuroscientists believe that neural representations of most high-level cognitive concepts – for example, those involved in memory, language or decision-making – are distributed, in a relatively disorganized manner, throughout the brain. In contrast, highly organized, specialized brain regions have been identified that represent most lower-level sensory information, such as sights, sounds, or physical touch. Such areas resemble maps, in that sensory information is arranged in a logical, systematic spatial layout. Notably, this type of neural topography has only previously been observed for the basic senses, but never for a high-level cognitive function. 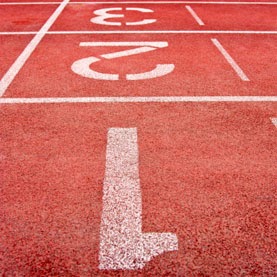 Researchers from the Netherlands may have discovered an exception to this rule, a small brain area which represents numerosity along a continuous map. Just as we organize numbers along a mental number line, with one at the left, increasing in magnitude to the right, so is quantity mapped onto space in the brain. One side of this brain region responds to small numbers, the adjacent region to larger numbers, and so on, with numeric representations increasing to the far end. To examine how the brain responds when perceiving quantities, the researchers conducted functional magnetic resonance imaging of the brain while participants viewed different numbers of dots on a screen. They included multiple versions of the task, keeping key features — like dot size, circumference and density — constant, to be certain that any effects were indeed attributable to dot quantity, rather than dot shape or size. The participants weren’t asked to judge the number of dots, to ensure that brain activity related to perceiving quantity, rather than counting. The researchers then looked for brain activity that systematically varied with the number of dots the participants viewed.

A Makeover for Maps

Nowadays, devices and people are unceasingly uploading all kinds of information about the economy, locations, weather and even what sweater makes them happy. With this flood of data, some believe traditional ways of displaying information do not work well anymore. Helping people easily make sense of that fire hose of information is a challenge. Better pictures can help. But many designers, particularly in the tech world, are straining for new ways to express information. 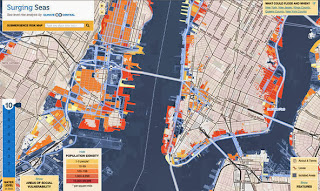 Using more animation is more than an idea. Just as films are made by shooting 24 still images a second, then running them together to show movement, charts of fast-changing data reports can provide a clearer idea of the information gathered. The animated changes may be shapes on a map growing and shrinking, colors of bar charts changing or positions of lines rising or fading. You can’t generate a single design artifact for this much information but must generate a system that shows the flow.

Some so-called jumping genes that copy and paste themselves throughout the genome may be linked to schizophrenia, new research suggests. A new study suggests these jumping genes may alter how neurons (or nerve cells in the brain) form during development, thereby increasing the risk of schizophrenia. Jumping genes, or retrotransposons, are mobile genetic elements that copy and paste themselves at different places throughout the genome. About half of the human genome is made of these mysterious elements, compared with the 1 percent of genes that actually code for making proteins. Earlier studies had found that a certain type of jumping gene, known as long interspersed nuclear element-1 (LINE-1), was active in human brain cells. Kato and his colleagues wondered whether they might play a role in mental illness. To find out, the team conducted a post-mortem analysis of 120 human brains, 13 from patients who had been diagnosed with schizophrenia. 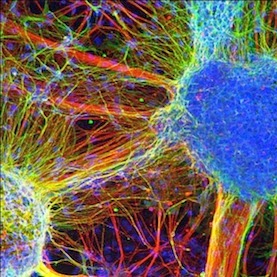 Researchers at the RIKEN Brain Science Institute in Japan found a higher number of LINE-1 copies in the brains of schizophrenics compared with other groups. They also found that stem cells derived from the brains of people with schizophrenia had a higher concentration of LINE-1 genes than did those from people without the diagnosis. Mice and primates with inflammation meant to mimic schizophrenia, introduced by the researchers, also had more of these movable genetic elements than healthy animals. They also found that in people with schizophrenia, LINE-1 concentrations were increased near genes associated with psychiatric disorders that control how neurons in the brain communicate with one another. The findings suggest these LINE-1 segments may be inserting themselves into genes critical for brain development. When triggered by genetic and or environmental factors, they may alter that brain development, leading to schizophrenia.

How Emotions Are Mapped in the Body 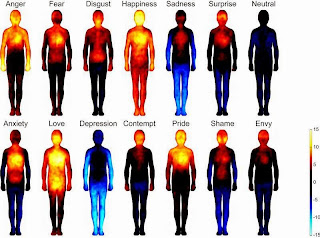 The research was carried out on line, and over 700 individuals from Finland, Sweden and Taiwan took part in the study. The researchers induced different emotional states in their Finnish and Taiwanese participants. Subsequently the participants were shown with pictures of human bodies on a computer, and asked to colour the bodily regions whose activity they felt increasing or decreasing.