Last week, a colleague of mine has presented a paper we co-authored, to the 10th Symposium on Virtual and Augmented Reality 2008 (SVR 2008). The conference took place in Joao Pessoa, Brazil between 13th to 16th May. The title of the paper is ‘Developing a Framework for the Automatic Generation and Visualisation Of 3D Urban Areas on Mobile Devices’. Briefly, the paper proposes a complete procedural 3D modelling solution for mobile device usage of the content, based on scripting algorithms allowing for both the automatic and also semi-automatic creation of photorealistic quality virtual urban content. 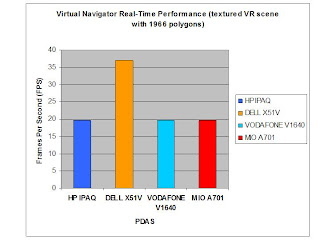 The content produced can be specially optimized for use with mobile devices but also with navigational tasks in mind. Moreover, a user-centred mobile virtual reality (VR) visualisation and interaction tool operating on PDAs for pedestrian navigation is also discussed supporting the import and display of various navigational file formats equipped with a comprehensive front-end user-friendly graphical user interface providing immersive virtual 3D navigation to a wide range of users.

A draft version of the paper can be downloaded from here.
Posted by Fotis Liarokapis at 4:54 pm

The Federation of American Scientists (FAS) has just launched Immune Attack TM, an exciting, fun and fast-moving video game that teaches the critical scientific facts of immunology. The cutting-edge game is designed to teach how the immune system works to defend the body against invading bacteria. The visual elements and simulations are critical for grasping the complex interactions of the biological systems. Immune Attack is a complement to the learning that happens in the classroom. The game allows students to use sights, sounds, and touch to get better acquainted with the immune system. It also encourages them to interact with each other and have problem-solving discussions to enhance their game-play and ultimately learn the subject. Preliminary surveys show that the students who play Immune Attack show an increase in knowledge when compared with students who did not play the game. After playing the game students also showed a higher interest in biology. 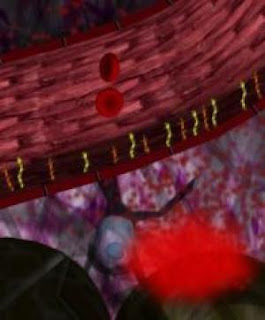 FAS is researching and developing ways to produce complex games and 3-D interactive simulations that will one day revolutionize education and how people learn. These learning games help students and workers learn globally competitive skills in demand by employers. FAS will use Immune Attack with teachers and students across the U.S. to research how to improve the design of games for learning and how they may be used to encourage students to consider careers in bioscience, medicine and other health care professions. FAS's interest in games emerged from research that shows advanced learning technologies, such as video games and computer simulations, can help address one of the nation's most pressing needs -- strengthening education and preparing workers for 21st century jobs. Immune Attack was created by FAS in collaboration with teams of game developers, instructional designers, immunologists, teachers, and learning scientists including Brown University, the University of Southern California, and Escape Hatch Entertainment.

A new computer game developed by MIT and Singaporean students makes it possible for visually impaired people to play the game on a level field with their sighted friends. The game, called AudiOdyssey, simulates a deejay trying to build up a catchy tune and get people dancing. By swinging the remote-control device used by the Nintendo Wii, which senses motion, the player can set the rhythm and lay down one musical track after another, gradually building up a richer musical track. 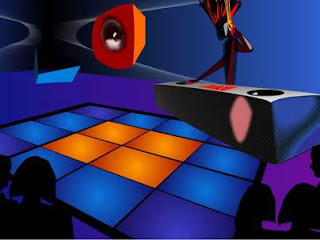 The Singapore-MIT game lab, developed the prototype for AudiOdyssey in the summer of 2007, and has since been testing it with various groups of players. Since not everyone has access to the Wii controller, the game is also designed to be playable using a regular keyboard. The game is an early prototype and it's limited in the things people can do. A more advanced version of the audio game is under development that will allow for playing against others online, will be released later on this summer.

Nintendo launched WiiWare, its games-on-demand service for Wii, Tuesday in Japan. With a few clicks, owners of the console can log in to the Wii Shopping Channel and download new games that range in price from $5 to $15. Titles include new entries in the popular Dr. Mario and Final Fantasy series. Nintendo says it sees this type of digital delivery as a way to let new game ideas blossom without the financial risks of producing retail inventory. 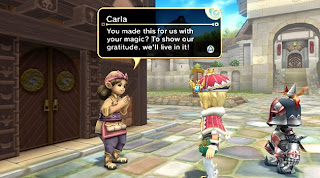 The low-risk environment gives developers a chance to flex their creative muscles. WiiWare is Nintendo's answer to rival gamemakers Sony and Microsoft, who offer similar services for their PlayStation 3 and Xbox 360 consoles. Nintendo has offered downloadable retro games, like the classic Super Mario Bros., since Wii's launch, but this is its first step into original digitally delivered software.

Building robots with anything akin to human intelligence remains a far off vision, but European researchers are making progress on piecing together a new generation of machines that are more aware of their environment and better able to interact with humans. As research into artificial cognitive systems (ACS) has progressed in recent years it has grown into a highly fragmented field. Some researchers and teams have concentrated on machine vision, others on spatial cognition, and on human-robot interaction, among many other disciplines. All have made progress, but, as the EU-funded project CoSy (Cognitive Systems for Cognitive Assistants) has shown, by working together the researchers can make even more advances in the field. 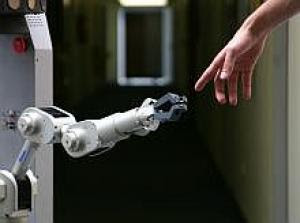 The researchers have made the ACS architecture toolkit they developed available under an open source license. They want to encourage further research. The toolkit has already sparked several spin-off initiatives. Because of the complexity most robots developed to date have tended to be reactive. They simply react to their environment rather than act in it autonomously. Similar to a beetle that scuttles away when prodded, many mobile robots back off when they collide with an object, but have little self-awareness or understanding of the space around them and what they can do there. In comparison, a demonstrator called the Explorer developed by the CoSy team has a more human-like understanding of its environment. Explorer can even talk about its surroundings with a human.

Emotions are an intrinsic part of communications. But machines don’t have, perceive or react to them, which makes us – their handlers – hot under the collar. But thanks to building blocks developed by European researchers, machines that ‘feel’ may no longer be confined to science fiction. Nearly everybody has to communicate with machines at some level, be it mobile phones, personal computers or annoying, automated customer support ‘solutions’. But the communication is on the machine’s terms, not the person’s. The problem is easy enough to identify: prodigious increases in processing power, giving machines greater capacities and capabilities, have not been matched by a similar leap forward in interface technology. Although researchers around the world have been working on making the human-machine interface more user friendly, most of the progress has been on the purely mechanical side. The Humaine project has come at the problem from a quite different angle to earlier, unsatisfactory attempts. It has brought together specialists and scholars from very different disciplines to create the building blocks or tools needed to give machines so-called ‘soft’ skills. 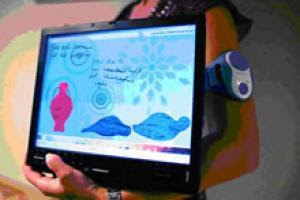 The psychologists studied and interpreted the signals people give out, signifying different emotional states from boredom through to rage. Part of this is simply what is being said, but there is also the tone in which it is being said, the expression on the face, and smaller signals like eye gaze, hand gestures and posture. Put all of these together and it is then possible for the psychologists and IT professionals to work together on a database which allows the interpretation of, and reaction to, emotion. This is a simplistic explanation of a highly complex project which might not come to full fruition for another 20 or 30 years, although there are already concrete results and applications of some of the technological threads the project has come up with. Designers have also used the techniques to monitor the emotions of people playing video games and improve the design accordingly. Possible applications include learner-centred teaching, where students’ interest levels can be monitored and responded to, and more user-friendly manuals for, say, installing computer software.

MR State in a Physical System

Using a virtual pendulum and its real-world counterpart, scientists at the University of Illinois have created the first mixed reality state in a physical system. Through bidirectional instantaneous coupling, each pendulum "sensed" the other, their motions became correlated, and the two began swinging as one. In a mixed reality state the real and virtual are blended together. In the experiment, researchers connected a mechanical pendulum to a virtual one that moved under time-tested equations of motion. The researchers sent data about the real pendulum to the virtual one, and sent information about the virtual pendulum to a motor that influenced motion of the real pendulum. When the lengths of the two pendulums were dissimilar, they remained in a dual reality state of uncorrelated motion and both soon came to rest. 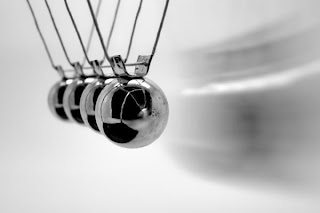 In this mixed reality state, the real pendulum and the virtual pendulum moved together as one. While mechanical pendulums have been coupled with springs to create correlated motion in the past, this is the first time a mechanical system has been coupled with a virtual system. The resulting mixed reality state was made possible by the computational speed of current computer technology. From flight simulators to video games, virtual worlds are becoming more and more accurate depictions of the real world. There could come a point, a phase transition, where the boundary between reality and virtual reality disappears and that could present problems. For example, no longer able to determine what is real and what is not, an individual might become defensive in the real world because of a threat perceived in a virtual world. 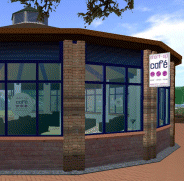 In addition, it will also explore new opportunities to use buildings to generate income or add value to buildings through visitor relationship management and richer experiences. Participants will include industrial and academic partners aiming to work with the SGI in smart building applications and participants aiming to get an introduction to the uses of serious games and virtual worlds for smart building applications.