The HTC Touch Diamond is the mobile equivalent of the mullet in its fashion heyday (ie. good). There's the business at the front with Windows 6.1 and its compatibility with office docs. Then, there's the party at the back in the form of its novel, if a little out-there, design and a host of nifty software. Finding your way around might confuse at first, and the touch screen can prove sluggish, but the stylus is a godsend. 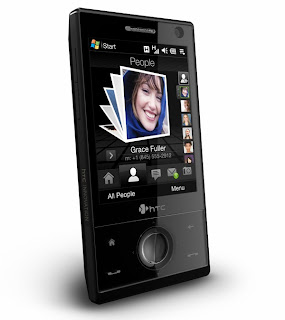 The headphones are good quality, but the proprietary connector niggles - as does the lack of support for additional memory. But the built-in accelerometer and haptic feedback during gaming do provide glee. Apple needn't quake in its boots just yet, but HTC's 110g, 3.2 MP camera-wielding brainchild is worth considering as an alternative. If you're into the whole touching thing that is.

Neurons that comprise the brain work on electrical impulses known as brainwaves. The last century of neurological research has demonstrated that brainwaves of different wavelengths can be indicative of unique emotional and mental states, like a focused awareness, a meditative state, or drowsiness. Brainwaves have been used in medical research and therapy for years. NeuroSky is introducing it to the consumer world.

Ministers say further research is needed before a navigation system dating back to the Second World War can be used as a widespread back-up to GPS. MPs were warned this week about the vulnerability of GPS to jamming by terrorists intent on crippling vital infrastructure. They were told LORAN, a radio-based maritime navigation aid, could be used as a more robust back-up. Satellite navigation underpins much of the world's infrastructure, including financial markets, telecoms, power generation and distribution as well as transport and the emergency services. But the signal from the satellite is weak and easily jammed and is vulnerable to interference. Some experts are now pressing for LORAN to be developed as a back-up. 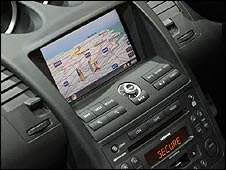 LORAN was originally developed during the Second World War as a maritime navigation aid and is based on the principle of the time difference between signals from a pair of radio transmitters. Its modern version, known as eLORAN, delivers higher accuracy, integrity and continuity. Its signal is much stronger than from a satellite, enabling its signal to be received indoors and even - to a limited degree - underground. It could potentially provide a more reliable positioning and timing signal and is less vulnerable to accidental interference and jamming. In one test it jammed GPS over a 50 square mile area of Cornwall over two days, warning emergency services and coastguards in advance. 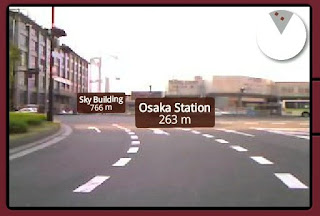 Enkin is an attempt to channel this potential into one novel navigation application using the full potential of the Google Android SDK. It turns the mobile device into a 3D navigator and transforms it into a window into an augmented reality while using the full potential of modern handhelds. The fundamental principle of Enkin is to display location-based information in a way that bridges the gap between reality and classic map-like representations.

Real Racing in the Virtual World

Alongside you are top names like Lewis Hamilton, Felipe Massa and Kimi Raikkonen. The cars' engines are screaming and everyone is poised to go. For any Formula One fan the chance to race against their heroes would be a dream come true. Sadly, the closest most of us have ever got is watching the Grand Prix on television. But that could soon change if a company from the Netherlands has its way. The patented system his company is developing sucks in real-time GPS data from racing events and pumps it out to compatible games consoles and PCs. The idea is that you could pit yourself against the top drivers in the world, as it happens, from the comfort of your living room. The firm is currently in talks with six developers about using the technology.

At the core of iOpener's technology is an enhanced GPS system known as differential GPS (DGPS). This uses a network of fixed base stations to correct the GPS signal, which on its own may only be accurate to within 10m. DGPS is commonly used for air navigation or shipping where precision is key: (a) car position located with Global Navigation Satellite Systems; (b) location data and car telemetry is beamed to a track side server; (c) data is tagged with unique ID of the car and sent over the internet; (d) information stored on servers and "mediacast" to gamers. Whole process from car to gamer takes less than five seconds. From the track side, the data is sent over the net to a server farm, where it is saved before being pumped out - or "mediacast" - to eager gamers. The system also handles the results of in-game collisions between real and virtual drivers.

The study concludes that humans are creatures of habit, mostly visiting the same few spots time and time again. Most people also move less than 10km on a regular basis, according to the study published in the journal Nature. The results could be used to help prevent outbreaks of disease or forecast traffic, the scientists said. Researchers have previously attempted to map human activity using GPS or surveys, but it is expensive. This approach tracked the movement of dollar bills in an attempt to reconstruct human movements. The study used data from the website wheresgeorge.com, which allows anyone to track a dollar bill as it circulates through the economy. The site has so far tracked nearly 130 million notes. Studies such as this suggested that humans wander in an apparently random fashion, similar to a so-called "Levy flight" pattern displayed by many foraging animals. The new work tracked 100,000 individuals selected randomly from a sample of more than six million phone users in a European country. Each time a participant made or received a call or text message, the location of the mobile base station relaying the data was recorded. The researchers said they were "not at liberty" to disclose where the information had been collected and said steps had been taken to guarantee the participants' anonymity. For example, individual phone numbers were disguised as 26 digit security codes. Information was collected for six months. 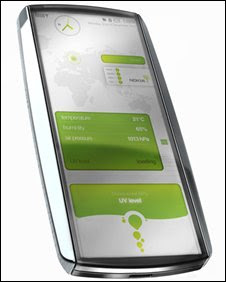 But, according to the researchers, a person's pattern of movement could be seen in just three. The results showed that most people's movements follow a precise mathematical relationship - known as a power law. The second surprise was that the patterns of people's movements, over short and long distances, were very similar: people tend to return to the same few places over and over again. Although the scale of the latest study is unprecedented, it is not the first time that mobile phone technology has been used to track people's movements. Scientists at MIT have used mobile phones to help construct a real-time model of traffic in Rome, whilst Microsoft researchers working on Project Lachesis are examining the possibility of mining mobile data to help commuters pick the optimum route to work, for example. Location data is increasingly used by forensic scientists to identify the movements of criminal suspects. For example, the technique was used by Italian police to capture Hussain Osman, one of four men jailed for the failed suicide bombings in London on 21 July. Commercial products also exist, allowing parents to track children or for friends to receive alerts when they are in a similar location. Moreover, Nokia have put forward an idea to attach sensors to phones that could report back on air quality. The project would allow a large location-specific database to be built very quickly. Ofcom is also planning to use mobiles to collect data about the quality of wi-fi connections around the UK.

The session will explore some diverse perspectives on v-commerce and provide illustrative examples from practice. It will seek to address such questions as: will V-Commerce be as successful as E-Commerce; how does shopping in a 3D environment compare to traditional E-Commerce; what are the challenges and opportunities for V-Commerce.

The holodeck is still science fiction, but last year researchers took the first, confident steps towards its realisation with the Coherent project. This EU-funded research project, developed a commercial, true 3D display that could one day be called Holodeck version 1.0. It is called HoloVizio. The HoloVizio is a 3D screen that will allow designers to visualise true 3D models of cars, engines or components. Better yet, gesture recognition means that observers can manipulate the models by waving their hands in front of the screen. The function offers enormous scope for collaboration across the globe. Two applications drove the design of the basic networked audiovisual components – a collaborative visualisation system for the medical sector and a collaborative design review system for the automotive industry. 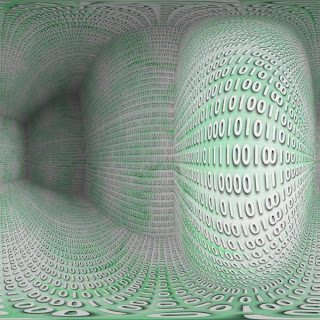 The researchers based the display component on innovative holographic techniques that can present, at natural human interaction scale, realistic animated 3-D images simultaneously to an unlimited number of freely moving viewers. The upshot is that users do not need goggles, and the 3-D image is maintained as they move about – both in contrast with early attempts at holographic displays. But the real star of the Coherent project is not simply the display. The researchers made exciting advances in enabling applications that show the system's real potential. The COMEDIA application, for example, uses raw data from medical imaging devices to create 3-D models of anatomy. The development demonstrated the system to 50 clinicians in Italy.