Parents looking to get their kid's attention -- or keeping them focused at home and in the classroom -- should try to limit their television viewing and video game play. That's because a new study led by three Iowa State University psychologists has found that both viewing television and playing video games are associated with increased attention problems in youths. The research, which included both elementary school-age and college-age participants, found that children who exceeded the two hours per day of screen time recommended by the American Academy of Pediatrics were 1.5 to 2 times more likely to be above average in attention problems. The researchers assessed 1,323 children in third, fourth and fifth grades over 13 months, using reports from the parents and children about their video game and television habits, as well as teacher reports of attention problems. 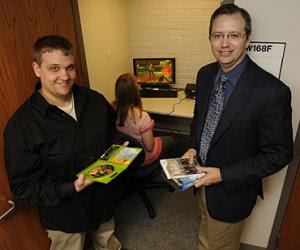