Nicotine Normalizes Brain Activity Deficits That Are Key to Schizophrenia

A steady stream of nicotine normalizes genetically-induced impairments in brain activity associated with schizophrenia, according to new research involving the University of Colorado Boulder. The finding sheds light on what causes the disease and why those who have it tend to smoke heavily. Researchers envision their work could lead to new non-addictive, nicotine-based treatments for some of the 51 million people worldwide who suffer from the disease. The study found that when mice with schizophrenic characteristics were given nicotine daily, their sluggish brain activity increased within two days. Within one week it had normalized. The international team of scientists set out to explore the underlying causes of 'hypofrontality' (a reduction of neuronal firing in the prefrontal cortex of the brain). Hypofrontality is believed to be the root cause of many of the signature cognitive problems experienced by schizophrenics, including trouble paying attention, remembering things, making decisions and understanding verbal explanations. Previous genome-wide association studies have suggested that people with a variation in a gene called CHRNA5 are more likely to have schizophrenia, but the mechanism for that association has remained unclear. People with that variant are also more likely to smoke. 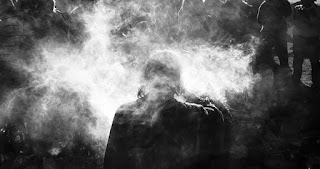