Microsoft has filed a patent for a floor mat that could prevent you from crashing into furniture while you're exploring new worlds in virtual reality. It's also an indicator the company is still interested in bringing VR to the Xbox ecosystem, after it axed virtual reality plans for Xbox One. While some VR systems warn users when they're straying outside of their safe play space, there's still a chance they could hit surrounding objects, potentially damaging items or injuring themselves. 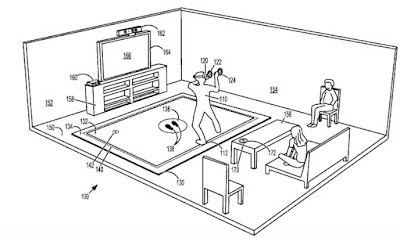 Some VR users already employ a floor mat to give them a tactile sense of their space, as Variety notes, but Microsoft explained its mat could include markers a VR headset would scan to establish or adjust a safe zone. The application also discusses markers for a start position you'd stand on before hopping into VR as well as pressure sensors for the mat. In addition, Microsoft suggests it could provide haptic feedback through vibrations.